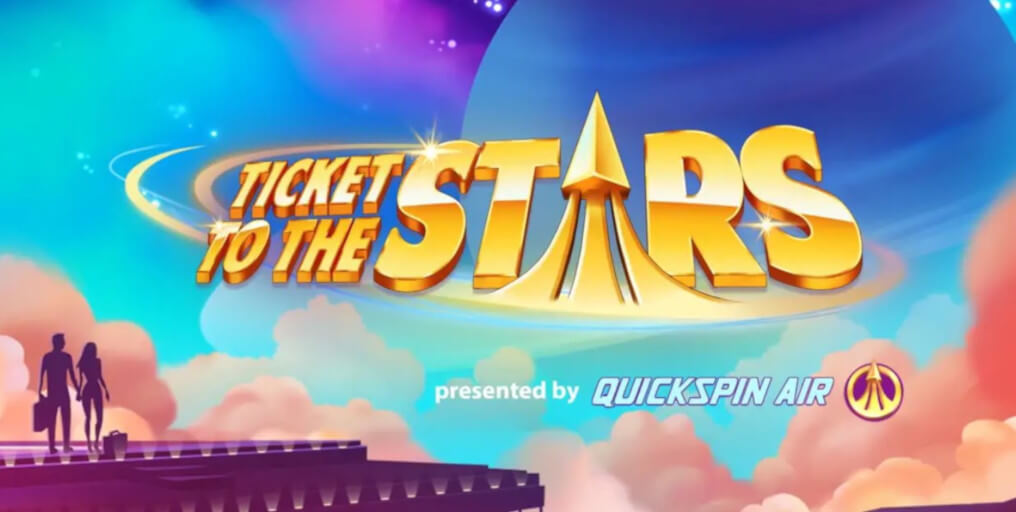 After the amazing start of the year with its first release Divine Dreams, Playtech-owned slots developer Quickspin has released its second title of 2019 – Ticket to the Stars.

Last year Quickspin successfully reached its goal of launching 12 new games and this year the company has decided to push that number to 13. With Ticket to the Stars being their second release and few more in preparation to be out soon, we’re sure Quickspin will meet its quota.

Ticket to the Stars Release

Quickspin announced a brand new game earlier this year and the highly-anticipated Ticket to the Stars slot is finally here.

Join the space cruise and leave the humble grounds of Earth to explore the moon of Mars. Only the most exclusive travellers get to activate free spins on the staggering 243 ways to win this game has to offer. Celebrating galactic travel aboard a state-of-the-art cruise starship, a space hostess will greet you with champagne as you spin the reels. You can let the robot waiter take your order while you try to trigger bonuses on the Moon of Mars.

“Our team has combined the futuristic idea of touring the galaxy with the stylish look of vintage Work Projects Administration posters, all accompanied by beautiful audio compositions. It’s an amazing game with lots of exciting features, and we’re confident that the players will love it just as much as we do!”

This breath-taking game, where every point of light is an opportunity for a travel destination, offers RTP of 96.52% and 9,700x your stake on every free spin.  Features include stacks of wilds that can line up frequently to allow for significant wins and Swooping Reels when winning symbols disappear and new symbols will fall down into the spaces below to take their place.

During the Swooping Reels, you will also earn a progressive multiplier for every winning spin you hit in a row. It is possible to win up to 9x your stake if you hit enough consecutive winnings.  But the best of all is the Unlimited Meter Multiplier feature. The Meter fills with every third win and brings you two additional free spins which can result in the unlimited multiplier and an unlimited number of spins.