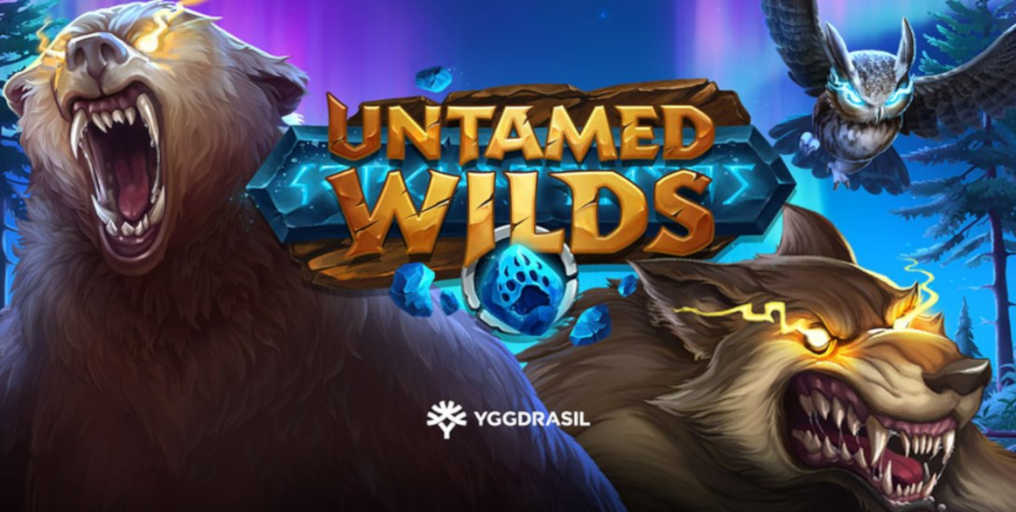 The summer is definitely hot, at least over at Yggdrasil Gaming’s studio.

The visionary manufacturer of top games in the industry has just released a new wild slot!

And how wild it is can be seen right from the title which the game bears: Untamed Wilds. While the title does sound promising, let us show you what you can expect in the new booming video slot.

The Adventure We’ve Been Waiting For

Untamed Wilds is said to boast three different zones where several kinds of wild animals lurk in the shadows carrying potentially big rewards for you. The first zone (or area if you will) brings forth a thick forest brimming with wild animals, whereas the other two zones will take you straight to freezing rivers and weathered mountains. If you are wondering about the do’s and don’ts here, the only thing we can advise is to be careful.

The nasty bears can scratch the reels with its sharp claws and unearth a host of extra multipliers and bonuses, while the pack of wolfs will trigger a duplicate wild. This way, your chances of winning skyrocket, but don’t worry – there is more!

The moose is yet another animal which you might encounter on your adventure on the North. This specific animal barges in and reveals multipliers after multipliers, so winning sequences will not be a rare sighting at all. Speaking of rare sightings, the Northern Lights are included as well. The breath-taking phenomenon occurs every time you hit three Scatters and graces you with a plethora of vivid surprises.

The leitmotif is the North, i.e. the Nordic region. That doesn’t come as a surprise given that the slot will be primarily showcased first in Sweden’s Svenska Spel Sport & Casino. Of course, as all Yggdrasil games, Untamed Wilds is bolstered by the developer’s set of promotional tools BOOST™.

Get Ready for Panther’s Reign from Quickspin
· February 17, 2020