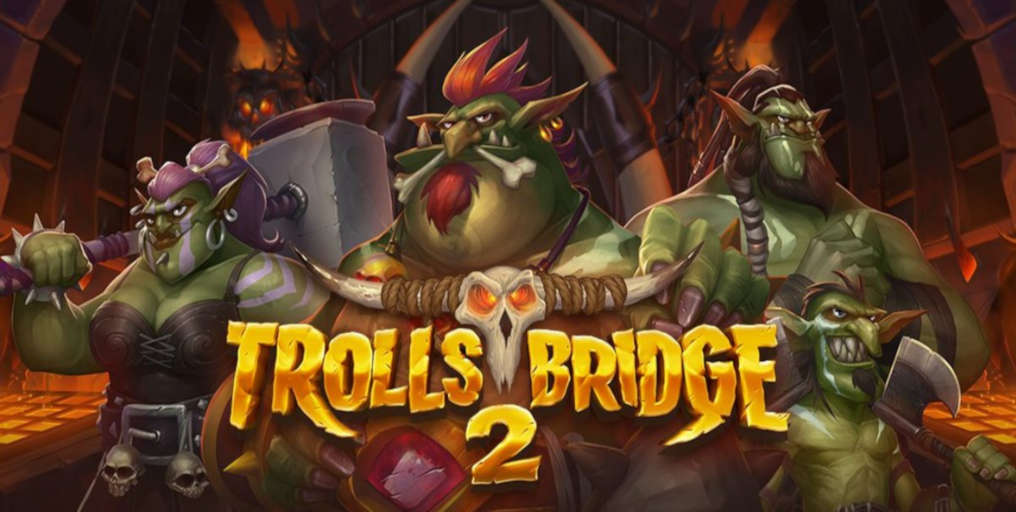 There are but few things better than a good sequel.

The omnipotent Yggdrasil Gaming busts the myth of sequels being stereotypically less entertaining than the original. Trolls Bridge marked significant success in 2017 when it was unveiled. At the time no one could anticipate the grandiose popularity it would have with players.

It seems it was the well-known Yggdrasil gut feeling and trademark quality.

The Story Gets More Complicated…

Trolls Bridge 2 is worthy of its predecessor. This transforming video slot builds up on the story of the first game, allowing the plot to progress. The first part showed us a land of carefree creatures living their lives joyfully, but the second part comes with a twist. To start with, it begins evidently differently. The first frame of the game reveals what seems like a cow skull, and an angry-looking one at that. Stone-covered chambers with wooden bars and an ominous fire blasting in the background bring about an eerie feeling. The font has turned spooky yellow from a happy-go-lucky grass green, and we are getting chills!

The chronicles seem to twine, and the characters are starting to show their true colours. Join the crusade now at any Yggdrasil-support online casino and take over the bridge!

Some Things Have Changed

Trolls Bridge the sequel is spread on a 5-reel playing structure with an added row (now it has 4) and 25 paylines (the first one boasts 20). It is a medium variance online slot with and RTP value of 96.70%. Thrilling features such as multipliers, sticky wilds, mega symbols and scatters will come in handy when you aim for that jackpot worth of 350,000 coins. Play it anytime on all platforms for a bet going from €0.10 to €140.