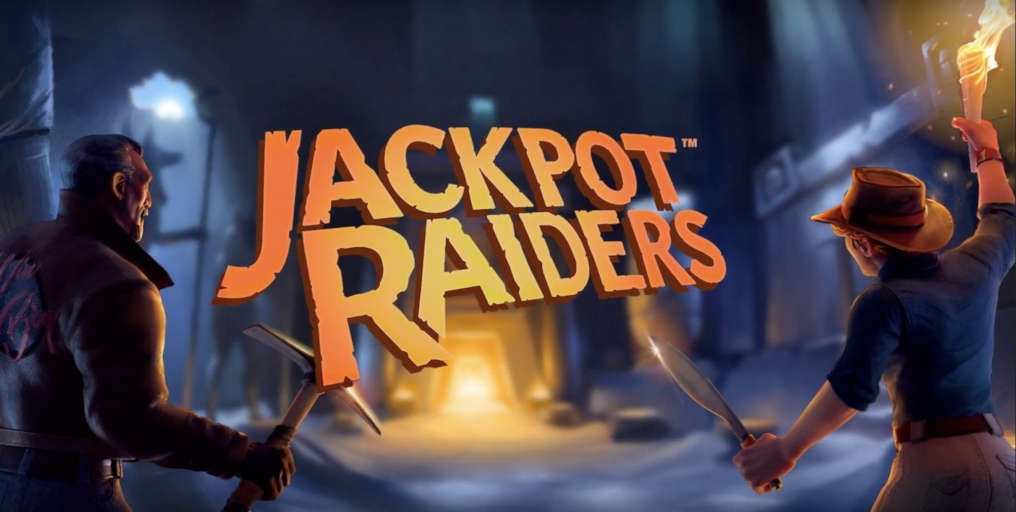 Yggdrasil Gaming is taking us ona brand-new adventure. This time, we’re travelling to the ruins of the Sunken City with the aim to uncover relics and gold that lies forgotten.

With 5 reels, 20 paylines, and a plethora of bonus features, Jackpot Raiders is already a gem.

The Choice is Yours

The base game is very simple, but once you trigger the Treasure Hunt Bonus Game – the adventure can start. The level of interaction with the game is brought to a whole new level. Players will be often offered a choice that can influence their gaming experience.

To unlock Free Spins, you can land three or more Scatters on the reels, thus releasing 10 Spins plus cash according to the number of Scatters. Even if you land two, you will be able to pick any of the 5 chests – containing cash, spins, and maps – in hopes of finding the third Scatter. If you find it, you will be taken either into the Free Spins Mode or will be asked to choose a character to follow into the Treasure Hunt Game.

You have two options: Bear or Sam, where the former brings smaller rewards and less risk, and the latter has lower chances of winning big.

Once you choose your character, you will have three levels with three possible routes – safe, risky, and very risky. Depending on which route you choose each time, you will get maps, cash, and other rewards.

As we said, there are five different jackpots. Each has a designated set of five gems, which you’ll need to collect in order to release the jackpot. The gems appear only in Free Spin modes.

Volatility is said to be low, save the different choices players can have during their playing sessions. The RTP is 96.3%, and the slot is fully accessible via all devices.