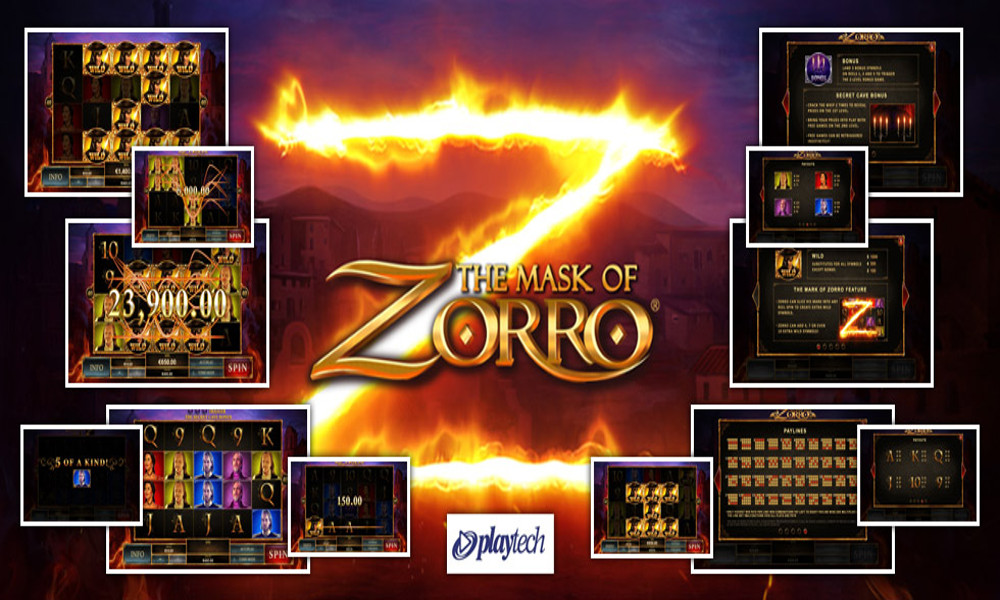 The legend of Zorro is a well-documented one, mainly thanks to Antonio Banderas who helped put the Mexican criminal-fighting legend under the spotlight with his impressive performance in The Mask of Zorro 1998 swashbuckling flick.

Years later, the masked crusader is back – fighting the criminals and the crooked government during the Mexican war of independence once again.

The protector of the people has now made it to the slot reels thanks to Playtech’s latest game called exactly the same as the movie itself.

The Mask of Zorro

Together with Antonio Banderas as Zorro himself, reels in this highly-anticipated slot game are populated by the likes of Catherine Zeta-Jones and Anthony Hopkins who also feature in the original movie.

The movie characters are all the high-paying symbols in this 5-reel slot which comes with 40 paylines.

Visuals and the graphical elements of this game is all you’d expect from the subject. Set in the backdrop of Mexico City with flames seen behind the reels, this game is a feast for the eyes and to the heart as well, thanks to its action-packed gameplay.

The randomly-triggered Mark of Zorro feature is kicking off the action with up to 10 wilds being added on the reels when Zorro leaves his mark on the grid.

There is also a Secret Cave Bonus feature during which you are prompted to pick candles in order to reveal prizes that include free spins and multipliers. The best thing about this feature is that there’s an infinite number of free spins to be won.

The action in this feature starts with 5 complimentary rounds but the number is slowly built upon – together with a multiplier that goes between 2x and 3x depending on the number of free spins.

This fantastic looking game is a quality tribute to the swashbuckling film and we are certain you will rush over to visit Playtech casinos in order to put your mask on and join one of our favourite avengers on his epic adventure.