The industry-leading provider of digital casino games Betsoft has penned another content deal. The new partner is Bombagames, a renowned operator that holds a license by Malta Gaming Authority. Members of the 4stargames.gr from now on have the chance to enjoy a vast array of premium Betsoft Games.

The deal includes the entire portfolio of Betsoft games. Existing popular releases, as well as the latest additions, are in the mix too. From Gemmed! to Wolf Moon Rising and Gold Canyon, the fans will be able to get a taste of the new hits.

Another part of the deal is the upcoming releases. Which means that Bombagames will have exclusive rights to place everything new from Betsoft in its awesome lobby.

As they announced the new deal, the operator released a statement that the team couldn’t be happier to acquire Betsoft titles. The Head of Marketing at Bombagames Dimitris Chatzidakis explained that Betsoft is a valuable addition. The casino operator is working towards the expansion of business in several markets, and Betsoft’s games will boost product offerings. Furthermore, the supplier comes also as a great marketing tool which can help Bombagames surpass all player expectations.

Even though the end of the year is approaching fast, Betsoft is not showing any signs of slowing down. In fact, this deal comes right after the deals with other renowned operators went through. Next to Bombagames, Betsoft is the new partner of WeAreCasino, Wanabet, and Leonbets.

As Francesca Raniolo, the Sales Executive at Betsoft said, the company is very excited about the new deals. As she explained, even though Bombagames is a new operator, it achieved amazing results. In fact, the operator launched at the beginning of 2019. Nevertheless, its achievements speak volumes. Betsoft is looking forward to the expansion of both their deal and its new partner. 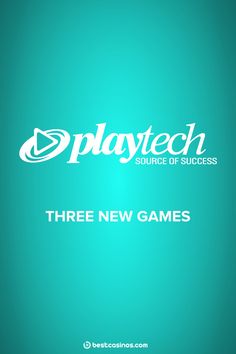