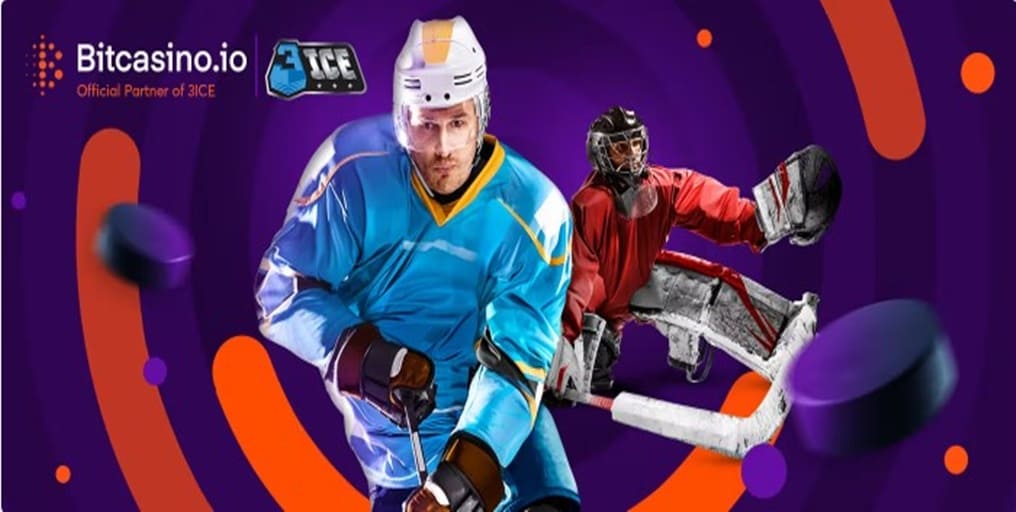 As per the deal, the crypto-oriented online casino will use the partnership to boost brand awareness. Promotions, gameday activations, web series video content, free-to-play games, and giveaways are just the tip of the iceberg.

According to Bitcasino, customers can win a “VIP experience” at 3Ice’s Canadian tour stops. They will also be able to participate for free in a “Pick ‘Em Bracket” contest. Here, the fans can guess winners and scores to earn cash and prizes. Its video content will include a “Club Talk” chat show featuring 3Ice coaches, players, and executives.

3Ice was definitely brought to life for one reason only – to give fans pure excitement.

According to Bitcasino, they have always aimed for giving their players the most fun, fast, and fair gaming experience. Innovation has always been their unrelenting drive, and it seems 3Ice shares this vision.

3Ice is an independent, six-team ice hockey league that made its debut last year. The league was founded by former Fox Sports executive E. J. Johnston, the son of ex-NHL player, coach, and GM Ed Johnston.

3Ice expresses its excitement to partner with Bitcasino and extend the skill, fun, and flash of their game to Bitcasino’s sports fans. Both companies are creative and innovative while sharing similar goals. Fans across Canada will be able to engage and experience the Bitcasino brand. The brand will offer them content, games, VIP promotions, exclusive access, and more.

We are looking forward to seeing everything this partnership will bring.