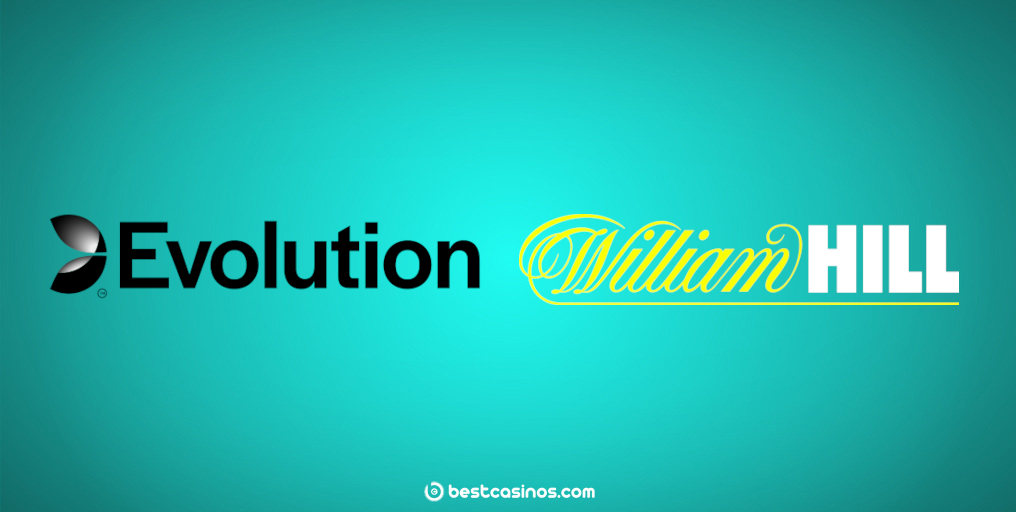 Evolution Teams up with William Hill to Conquer America

William Hill and Evolution are two major casino brands which have dominated the global industry for years. Two major forces like that both came up with the idea to expand their business to the USA.

But they do not plan on doing it on their own. The companies have signed a deal which will make them partners in their joint quest on the American soil. Let’s see what their plans are.

According to the latest Evolution press release, the innovative live casino software company has entered a new deal with William Hill. The deal is the product of their collaboration which will take place in the USA, where they plan to launch live casino content and services.

According to Evolution, the deal covers the entire US territory, which can only mean one thing. They intend to go big! The award-winning live gaming company stated that the launch of New Jersey William Hill live casino is to mark the beginning of the partnership.

All games in the live casino will be streamed from Evolution’s Atlantic City studio.

More states and live casino launches are in the plans, and we are more than excited to see how this pans out. But considering it is Evolution and William Hill we are talking about, there is no doubt it will be spectacular.

Handpicked by the Industry Gods

William Hill is a massive online casino brand with UK origins. Today, it’s a global company with more than 12 thousand employees around the world. Although it is quite invested in sports betting, the casino section of its offer has been flourishing over the years. Most recently, William Hill decided to join the US market and focus on retail and mobile gaming.

William Hill US is the leading sports betting operator in Nevada, the hub of online gambling in the US. But leading the sportsbook market is not enough – the company wants to dominate the entire gambling sector with the help of Evolution.

And no one is more perfect for that than Evolution! John Nordstrom, CCO and CEO Malta has praised their newest partner and expressed joy over the deal. Nordstrom is confident the US live casino launch will prove to be as big of a success as the European market live casino launches have been.