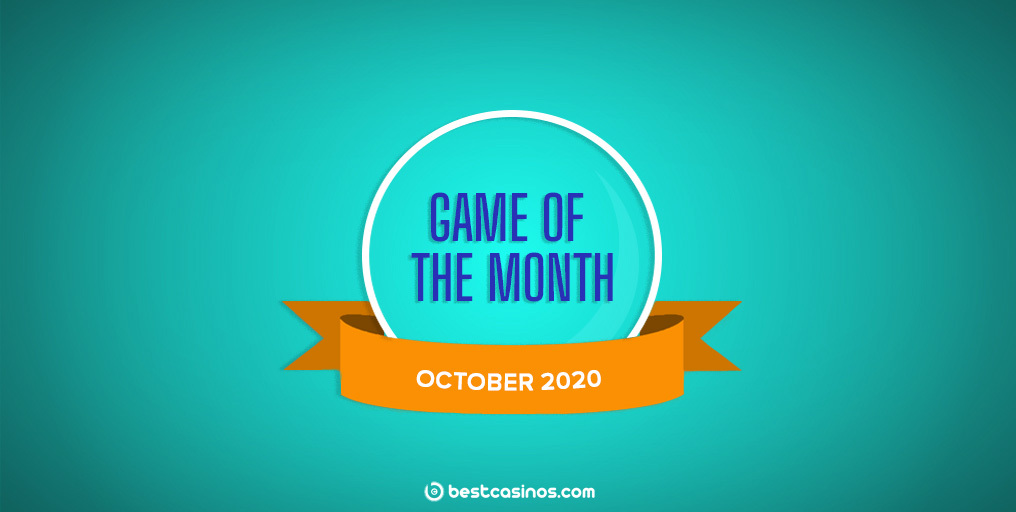 Best Casinos Game of the Month: Hoard of Poseidon

Slot games come and go, so it takes a real gem to make us stop for a second and truly marvel at the new release. We’ve gotten used to playing dozens of slots regularly, so coming back to one specific game seems like a big deal. And it is – because not every game gets to be called the game of the month.

In October, the competition was tough, but we managed. Red Tiger’s Hoard of Poseidon beat all slots to the punch and became the best slot game to come out in October. Let’s see what it has to offer. 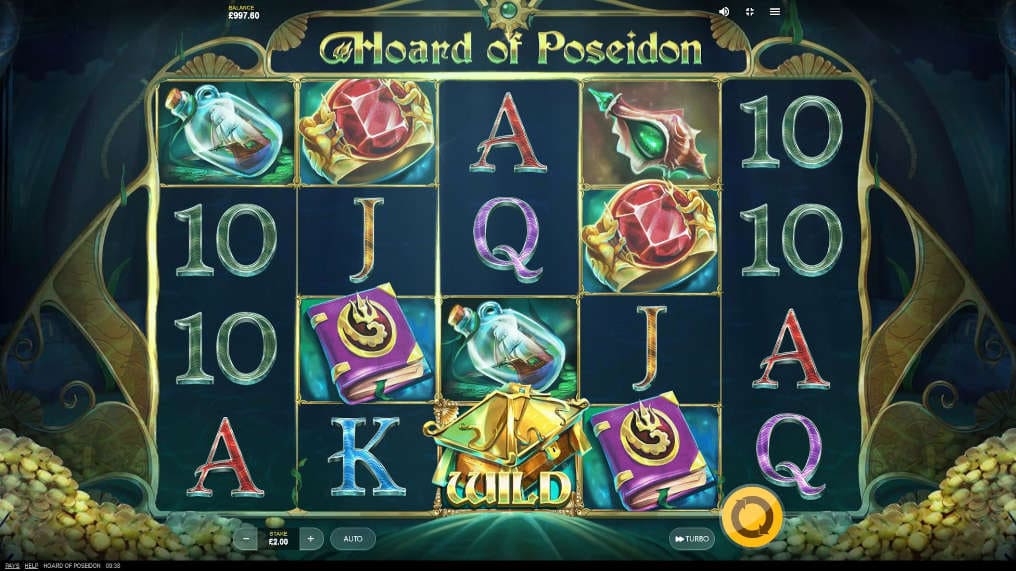 Hoard of Poseidon is a slot which belongs to Red Tiger’s collection of online slot games. Given the slot’s title, you can probably guess what the game is all about. The Greeks had many things, but their mythology is unmatched.

Poseidon, the Greek god of the sea, is the star of the new Hoard of Poseidon slot release.

The interesting part of the game is the four Wilds. We will discuss them more in the next section, but we must note that there are no Scatters. Instead, Wilds do all the work and trigger boosters whenever they appear on the grid.

When it comes to winning, you get to use 30 paylines. Volatility is low, but so is the hit rate – which results in frequent dry spells. The RTP only confirms that with 95.72% rate. However, the game’s maximum payout potential rounds off the experience as something you will definitely enjoy. Hoard of Poseidon slot offers you a chance to win up to 3,400x the stake.

Playing Hoard of Poseidon for real money play will cost you between €0.10 and €20 per round.

Red Tiger chose not to include Free Spins, but the included modifiers are more than enough for a great time.

Hoard of Poseidon has four different Wilds, so you will have to rely on them to advance in the game. Here are they:

Individually, they all pay a great sum. But the show starts when you combine two Wilds.

Combining Poseidon and Chests on a single spin, the sea god’s minions will clone several Chests on the grid. These are Cloned Chests.

If Kraken appears on the grid alongside Poseidon, Poseidon will activate its minions again to shoo Kraken. While on the run, Kraken leaves a trail of ink (Wilds) on his way out of the reels. That way, you get Ink Wilds.

A combo of Kraken and Chests makes Kraken grab tightly and hold the chests on the grid. In other words, the chests will become Locked Wilds. The reels will then re-spin in hopes of attracting bigger wins.

But, the biggest feature is the Poseidon’s Plunder, a booster that combines three different Wilds. If you get Poseidon, Chests and Kraken, everything that we explained above happens. Cloned Chests are Locked, while Kraken leaves Ink Wilds all over the place. What this essentially translates into is a wild rumble under the sea.

You can also win a Stacking Multiplier which sometimes randomly drops by the grid. The Multiplier can go up to 35x.

Why We Chose This Game as Our Top October Slot

October was tough for our team who had to decide on the game of the month. The choice included so many great slots – you will see which ones below – and it was very, very intense in our office.

Nevertheless, we chose Hoard of Poseidon because, at the end of the day, it truly is a breath-taking game with excellent technicalities. We don’t doubt you will agree with us!

Some of our highlights of the game that tipped the scales in Hoard of the Poseidon slot favour:

When we think of all the other games that did not claim the throne, our hearts collectively break. Seriously, some of these slots deserve to be slots of the year, let alone of one month. But Hoard of Poseidon is Hoard of Poseidon.

Have a look at our honourable mentions:

Don’t hesitate to give them a try if you want to explore more games besides Hoard of Poseidon.

Recommended Casino for Playing Our Game of the Month

There are so many other things to say about this game, but we will let you figure it out on your own. You can play the game in all Red Tiger casinos for real money. It’s so popular that most online casinos which offer the game have a special online promotion for the game.

So, it’s not a question of finding the game, but rather finding a great bonus to enjoy during playtime.

Guts casino currently offers 10% cashback for Hoard of Poseidon. We are sure this offer won’t be there forever, so hurry up and claim it before it disappears.