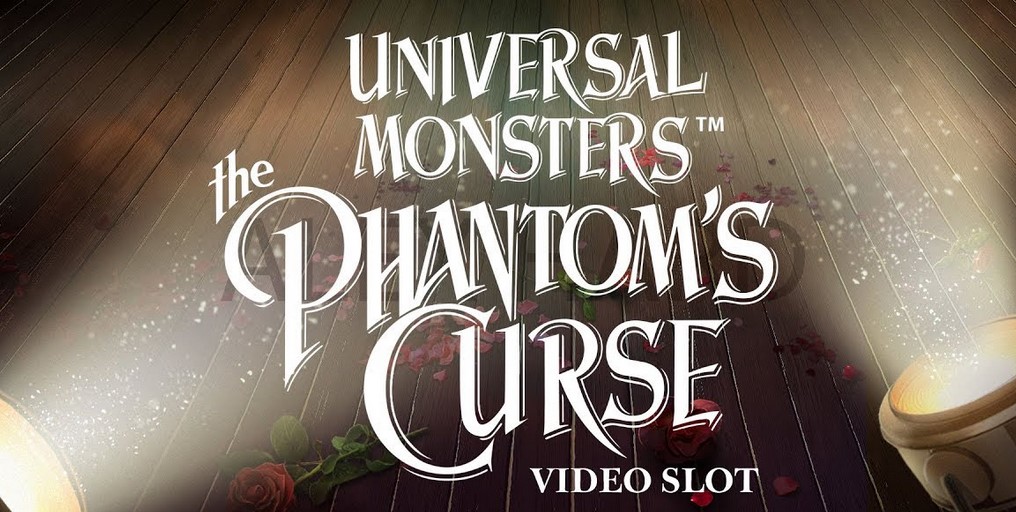 NetEnt really knows how to spice things up.

What better way to start the year than to treat players with a set of brand new game releases that have been announced for the following weeks – Twin Spin Deluxe, Fruit Spin and Asgardian Stones slots.

But the first release NetEnt prepared for this year is Universal Monsters: The Phantom’s Curse!

Universal Monsters: The Phantom’s Curse slot is going live starting Wednesday and players will really enjoy this 5-reel, 4-row and 40-payline slot. The unusual row structure adds an extra element to the title, since winning combinations are formed both ways.

The game is set in a classic theatre ambience and portrays a story of the disfigured Phantom of the Opera and Christine, the beautiful soprano he fell in love with. The slot features mesmerizing movie soundtrack and exciting gameplay features.  NetEnt managed to recreate this popular and beloved story with a new level of excitement that slot features bring.

Wild Substitutions, Scatter symbols, Free Spins, Pick and Click bonus game and Sticky Wild Re-Spins will bring you the best Swedish studio experience. The most interesting feature is definitely Re-spins feature, but not the kind players are used to so far, but the innovative built-in free spins feature that brings them big wins. Scatter symbols on reels 1, 3 or 5 need to be attained to trigger this feature and the round continues until the curtain falls. It is held by 5 ropes, with one being cut every time a Phantom Wild appears on the screen.

The initial title of the slot was The Phantom of the Opera but they had some licensing issues just before the scheduled release in July 2017 and they had to rename it and delay the release.

The game is an addition to the NetEnt’s Universal Monsters slot series including Dracula, Frankenstein, Creatures of the Black Lagoon and The Invisible Man.