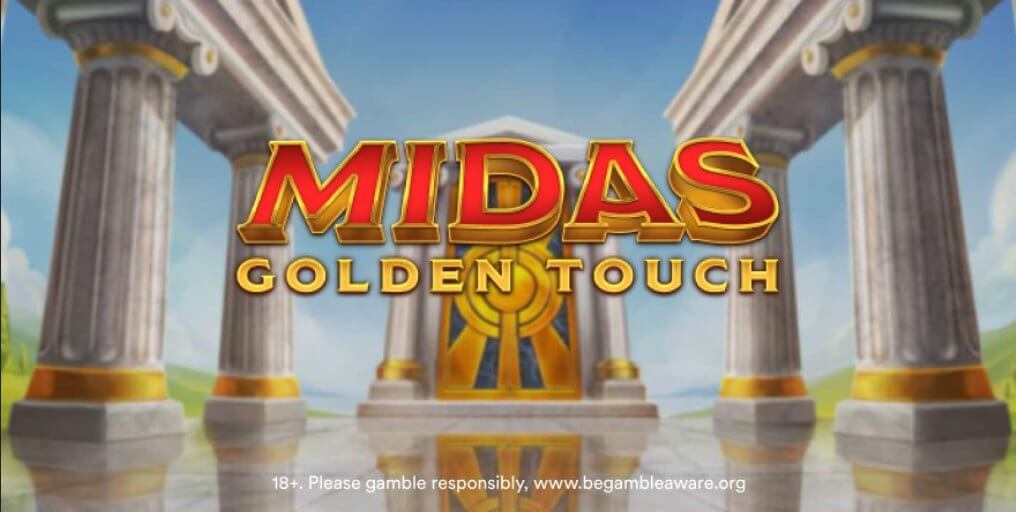 All that glitters is not gold, but  Midas’ Touch certainly is.

A new shiny slot game King Midas and his Golden Touch is out and exclusively available at Casumo casino for the next two weeks, until April 10th.

You can win up to 10,100 times your stake on each spin, but watch out, you don’t want to be turned into gold, or do you?

Midas Golden Touch is a game inspired by Greek mythological King Midas, whose single touch turned everything into gold. Even though his greed made him richer and richer by the minute, it cost him the most important things in his life.

A single wild is placed randomly on the reels and at the beginning of every spin in the Bonus Game, appearing only on reels 2, 3, or 4.

If you manage to get 3 or more scatter symbols in a single spin – including the respins – there will be 10 extra spins added to your count. Each scatter you collect will be thrown into the “Bonus Game Scatter Meter”.

Paylines that include one or more wild symbols will have a multiplier based on the number of wilds included in the actual payline – 1, 2, 3, 4 or 5 wilds in a payline will grant you 2x, 4x, 8x, 16x or 32x respectively, which makes a wild line worth 2,400 times your stake.