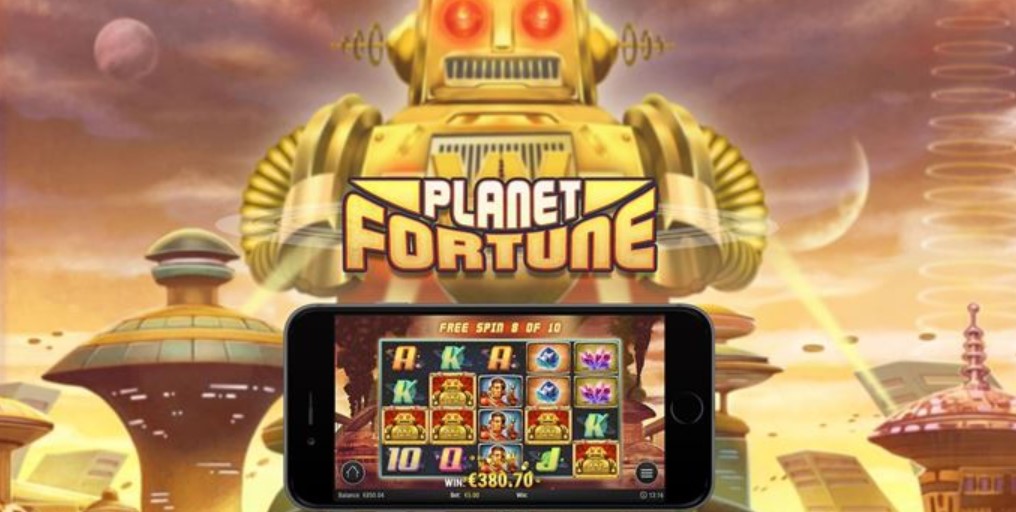 The Past Is in the Future: Play’n GO Introduces Planet Fortune

The leading developer of smart systems, gaming terminals and websites Play’n GO has launched a new retro-futuristic style game by the galactic name of Planet Fortune.

The charming yet geeky design inspired by the science fiction of the 1960s creates an authentic atmosphere, where the player joins the adventures of bold astronauts on the hunt for intergalactic treasures.

It is a five-reel, 40-payline slot set on a stellar background, and it contains symbols such as robots and astronauts ruling the game and lining up for payouts. Attractive female astronauts, ambitious and heroic men, and the vibrant colours of the deck cause total immersion in the game.

Just like any other hero, the player will need an assistant in his quest, and the wild robot symbol will come in handy. It triggers regular chances of winning big cash prizes.

The main feature of this celestial game is the Robot Revolution.

The wild robot will be crucial to ensuring big wins, as the players will be granted 10 free spins when three or more of the symbols appear on the grid, setting off the Robot Revolution feature. In this mode, wilds become sticky and ‘fly’ across the grid from left to right before drawing in. They potentially set up massive payouts.

Aside from this, the game also grants the players the Magnetic Mayhem, a feature that turns neighbouring reels into mega symbols on random spins, which increases the chances of the spin resulting in a win.

All in all, Planet Fortune is Play’n GO’s first slot game of 2018, and it is off to a great start with all of its out-of-this-world features. The company’s officials are promising a fruitful year with plenty of new games and titles yet to be released.

Bringing the Blast to Czech Republic

In other news related to Play’n GO, as of mid-December 2017, the company signed an agreement with Tipsport, the largest betting agency in the Czech Republic. Tipsport can now offer their clients Play’n GO licensed, multi-channel games, including MultiFruit81 and Sweet27 in the near future.

Johan Törnqvist, CEO at Play’n GO declared openly the company’s pleasure and satisfaction with signing the agreement on collaboration with the Czech agency. According to his words, Play’n GO is thrilled to introduce its one of a kind GAT platform and its ability to deal with the burdening amount of data processing. In addition to this, they look forward to providing the key to commercial success, which will go on to become the foundation which all major operators could benefit from. They hope to build mutual development and help Tipsport expand to other markets.

Jakob Lorentzon, director of online casino at Tipsport, added that he believed Tipsport will benefit from learning the strategies of Play’n GO, which are in his words competitive and innovative. He also vocalised his admiration for the GAT platform and said that he was delighted to finally offer novel and creative playing experience to Tipsport’s player base.