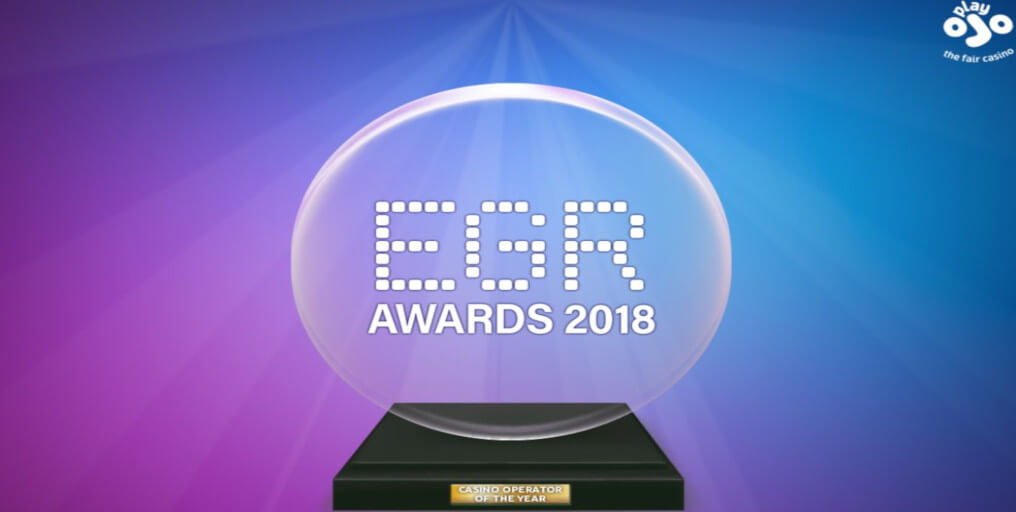 The EGR Awards are often referred as the Oscars of the iGaming world and all operators hope to be on the win list.

The operators compete in thirty different categories for setting the standard from customer service to social responsibility across all verticals. Judges will base their decisions on myriad of factors including innovation, flexibility, reliability, delivery and user experience.

We’ll have to wait two more days to see who will take home its EGR gong this year. Now in its fourteenth year, the EGR Awards are taking place on 25 October at the luxurious Grosvenor House on London’s Park Lane and more than 800 industry professionals are expected in attendance.

Play OJO received a huge pat on the back picking up the trophy for the Rising Star of the Year in 2017, being old only for seven months.

It was a great sign of recognition from the industry. Play OJO took a different and innovative approach to online casino and has put its players first by being open and transparent. They were shortlisted for the Socially Responsible Operator of the Year 2017 but that one slipped through their hands.

We expect this year to be different.  Setting an example for others to follow, they are shortlisted for the same award this year.

Since going live in February 2017, they have already made big impression in the UK market with its unique approach to responsible gaming. With Play OJO, what you see is what you get, all bonuses and rewards come with no wagering requirements.

This industry-first really deserves an award, doesn’t it?