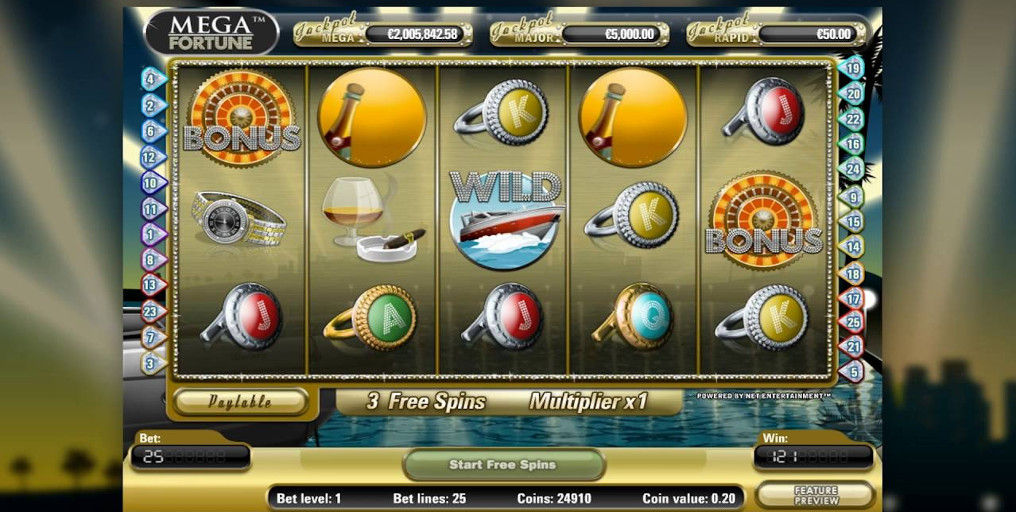 Scoping big wins may seem like a dream for most of us but for the luckiest few it’s a reality.

On 30 July, one lucky player on vacation felt like playing for a little bit and signed up to Letsbet.com. He joined the mega-popular Mega Fortune slot and hit a life-changing €6.63 million.

The 27-year-old player from Sweden signed up to Letsbet.com for the first time just three hours prior the hefty win and entered the NetEnt Mega Millions Campaign.

The campaign – we wrote about in our promo and bonus section – ran from 14 June to 15 July, giving away a huge number of cash giveaways during the FIFA World Cup. The campaign ran on NetEnt’s most popular jackpot games Hall of Gods and Mega Fortune, with jackpot potentially falling after the end of the Cup.

The campaign consisted of two parts, winning €3,800 every day a world cup game is played and the other part is adding the additional sum of money to the winner of the jackpot. If jackpot lands on Hall of Gods, €350,000 would be added and for Mega Fortune, the sum was €650,000.

This one lucky Swedish player just couldn’t do better than this!

Letsbet.com CEO and Co-founder, Michael Pedersen, expressed his disbelief and joy for the luck that hit one of their newest casino members. Pedersen stated that he can’t imagine what it would feel like to have a €6.63 million jackpot hit your account balance. The lucky winner initially landed the biggest Mega Fortune win of €5.98 million while at the same time he cashed in on the Mega Millions bonus of €650,000. He plans to share his winning with his family and friends and perhaps go for some more vacation. Some people are just born under the lucky star.

“Mega Million has been a huge success and we are thrilled that the final whistle has blown on our World Cup-themed campaign with the biggest Mega Fortune jackpot winner for two years.”

This is the biggest dividend paid out on Mega Fortune since December 2016 and the ninth seven-figure jackpot winner since the start of the year. At the same time, this win concluded NetEnt’s World Cup cash giveaway with the player from Finland previously scooping €350,000 on top of €3 million jackpot on Hall of Gods.