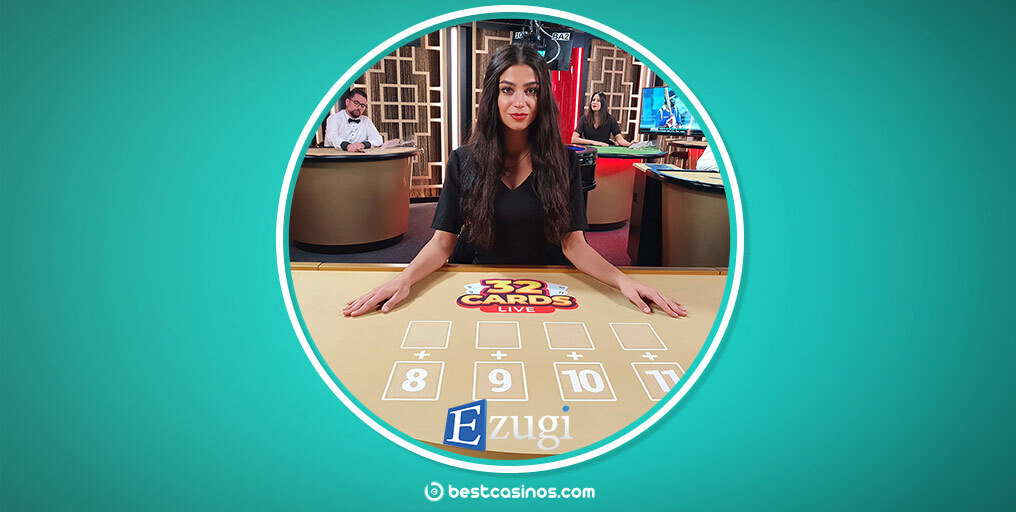 India is a massive casino market, and no one knows it better than Ezugi. This amazing developer of live casino content has once again proved that its expertise in such games is unmatched. The company launched 32 Cards live, a brand-new live dealer table that we are excited to introduce in this article.

BestCasinos.com had a look at the new game and created a guide for all casino buffs looking to expand their gaming horizons. We listed the top casino websites where you can play 32 Cards and provided a step-by-step guide for playing for real money. 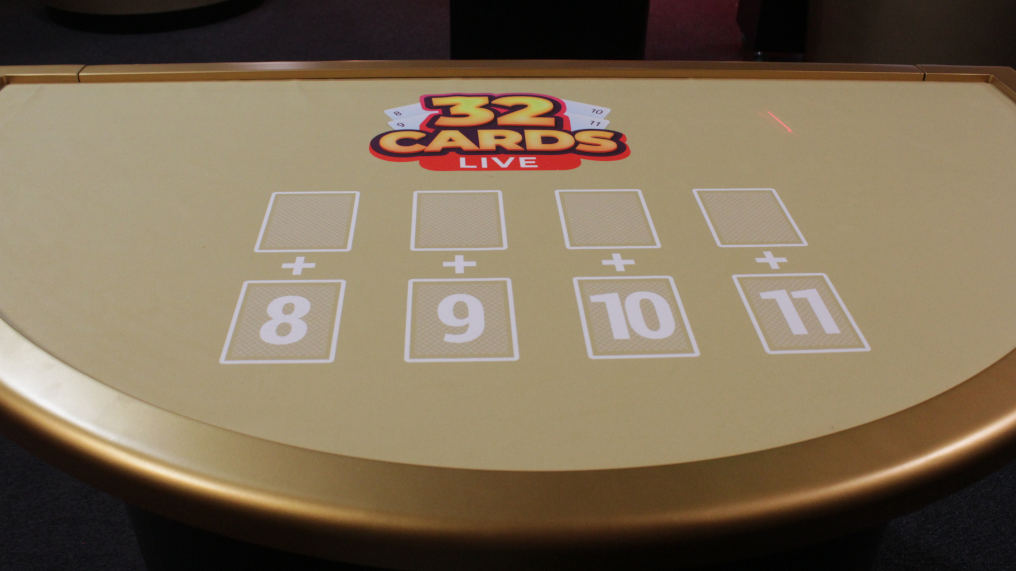 32 Cards is a popular casino game in India. It is still relatively unknown in the Western casino scene, but Ezugi is clearly looking to change that with its new release.

The whole concept of the game revolves around 32 cards, and the deck contains precisely 32 of them. The stripped deck does not have any 2s, 3s, 4s, and 5s. Aces are removed from the deck as well.

There are four fictional players in the game, and real punters are to guess which one will win. For inexperienced punters, predicting the outcome might be difficult, but fun nonetheless. The tantalizing gameplay offers a delicious 87.91% – 93.99% RTP rate.

The game arrived at all Ezugi online casinos on 21st of October.

We have to admit that, when it comes to Ezugi live casino games, we have become spoiled. The company has launched more than 20 show-stopping games, each with striking features and benefits.

Hence, when we started reviewing 32 Cards, we instantly recognized some of the perennial qualities of Ezugi craftmanship. With that in mind, here are the key features in 32 Cards.

We were delighted by the studio which was designed to fit the 32 Cards table because it is classy and elegant. It captures the Indian culture beautifully but not in a stereotypical way, which is important.

How to Play 32 Cards 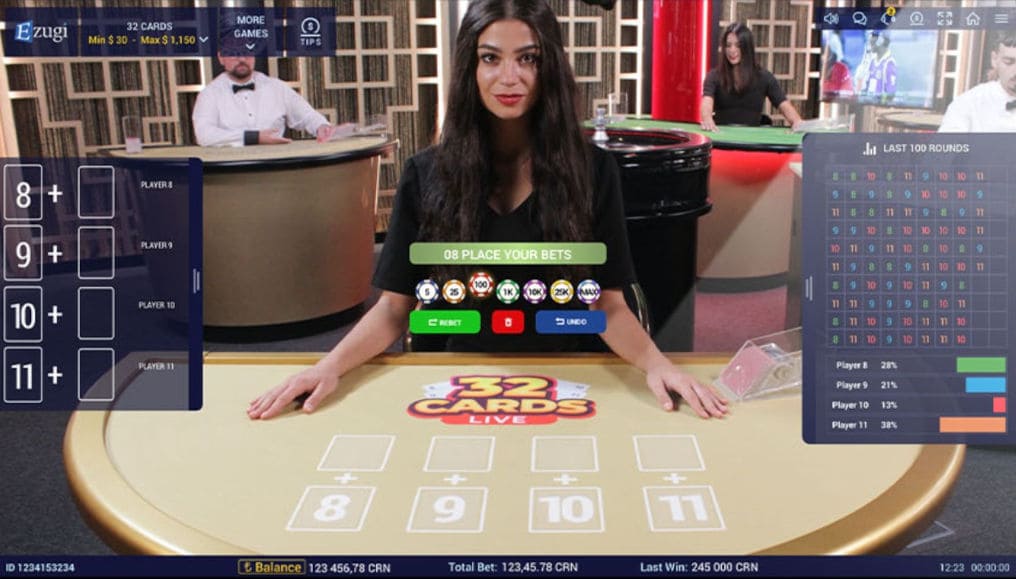 32 Cards is a fast-paced game, which means rounds last only for a couple of minutes. The entire action is taking place on the table in front of you.

Before we show you the step-by-step guide for playing 32 Cards for real money, we have a couple of rules which we have to mention.

As you know, the game revolves around four virtual players on which real punters bet. The goal is to predict which one will have the highest score. The score is the sum of the initial points and opening card values.

Here are the four virtual players whom you’ll know as players 8,9,10, and 11. These are just nicknames for them, and each nickname corresponds to the value they initially have.

The points which you see in the table are the points each player has at the start of the new round. This is the foundation of the entire game (and the hardest part to understand).

Here is how to play 32 Cards once you enter the game from the live lobby.

Table limits offer you enough space for wagering between €1 and €500.

An Example of One Round

Player Eight gets 7, while Player Nine receives 7. The other two players (Ten and Eleven) receive 10 and 9. The result would be:

The situation which we now have is the following: Nine is better than Eight but is not the winner because the other two have higher values. Ten and Eleven have a tie, so the dealer will have to draw cards for the two of them again.

In the new draw, Player Ten receives 6 and Eleven receives 8. The results are the following:

Where to Play 32 Cards

You can play the game in every Ezugi casino on the internet. But since we know how many venues offer Ezugi content, we thought we could help you narrow it down a bit.

LeoVegas is the best site for mobile gaming, and it offers one of the largest libraries in the world. The global brand is a force to be reckoned with, so don’t hesitate to join and enjoy top gambling games straight from your phone.

Live casino, regular games, sportsbook betting – you name it. 1xBet has it all. This is a global brand with branches in every gaming sector you can think of. There are also so many tasty bonuses and promotions to last you a lifetime.

32 Cards has everything we like in a game: fast-paced gameplay, great stats, exceptional environment, and promises great fun. We were delighted with what we discovered when we started reviewing the new table.

Did we mention that this is the only 32 Cards live table game in the entire industry?

Yes, Ezugi is pushing boundaries once again. Needless to say, we are looking forward to new content from this spectacular provider. Drop us a line in the comments section below if you want to add or share your thoughts about 32 Cards live.