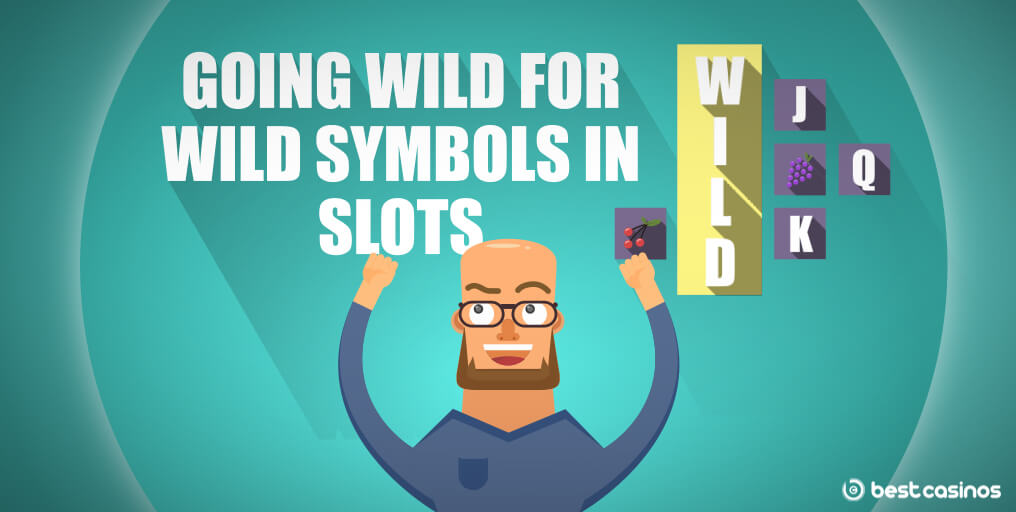 As any avid player of online slots will know, the thrill of the game lies in triggering wild symbols.

Wild symbols are cheeky little icons which can substitute any other symbol on the reels to help players create a winning combination and win big jackpots.

Game developers are constantly trying to make their game stand out from a sea of different slots, so they have created many different variations and upgrades to the traditional wild symbol that we are all familiar with.

Wild Symbols You’re Likely to Meet on the Slots 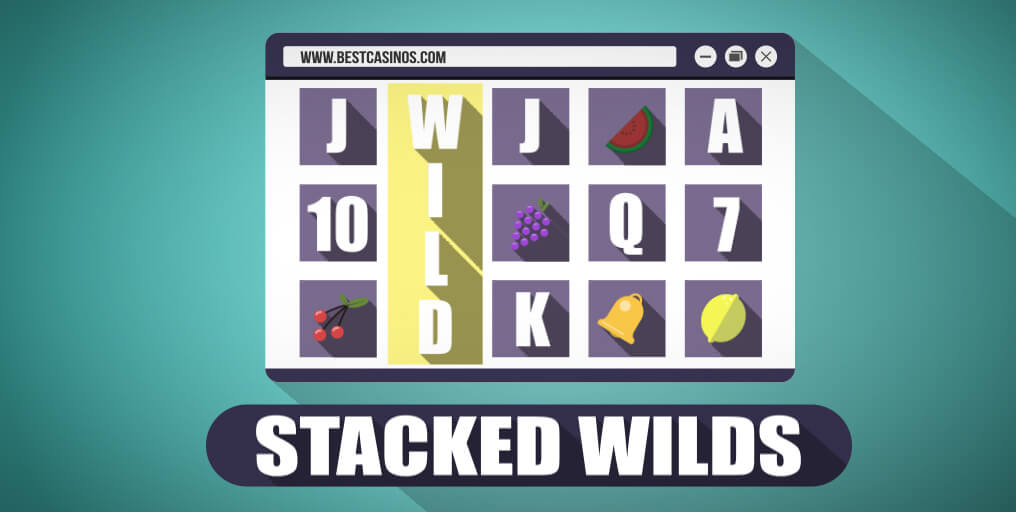 When wild symbols appear stacked on top of each other to create a section of wilds all in the same reel, that is referred to as a (you guessed it) ‘stacked wild’.

This increases your chance of getting a winning combination because any payline that passes through this set of wilds is more likely to hit the jackpot.

You are much more likely to win on multiple paylines rather than simply one per spin.

Traditionally, stacked wilds appear horizontally, but some newer games also use them vertically. If you want the chance to get your wilds all stacked up, seek out slot games such as Avalon II, a popular Microgaming slot that is based around the Arthurian legend, or Blood Suckers, a popular NetEnt offering based on a creepy vampire theme.

You can even delve into a fairy tale with Quick Spin’s slot version of the Big Bad Wolf. 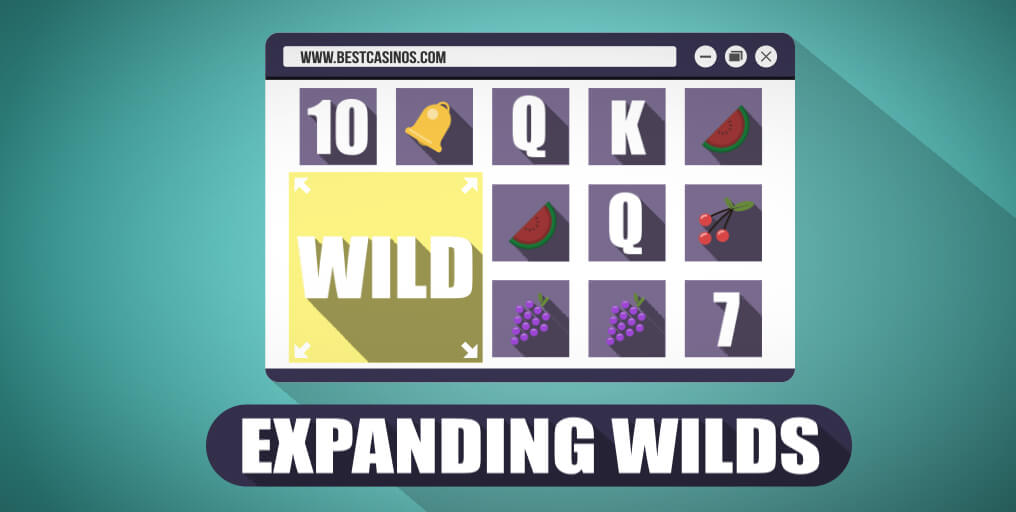 The hugely popular online slot game Starburst is famous for its expanding wilds.

The special symbol expands to fit the whole reel, which obviously helps players create more winning combinations, and therefore increases their chances to hit the jackpot.

Some games incorporate this feature with stacked wilds, and in others you need to meet certain requirements in order to trigger the expanding wild. For instance, in NetEnt’s cosmic themed Starburst slot, the Starburst Wild feature is only activated if it appears on reels 2 to 4. 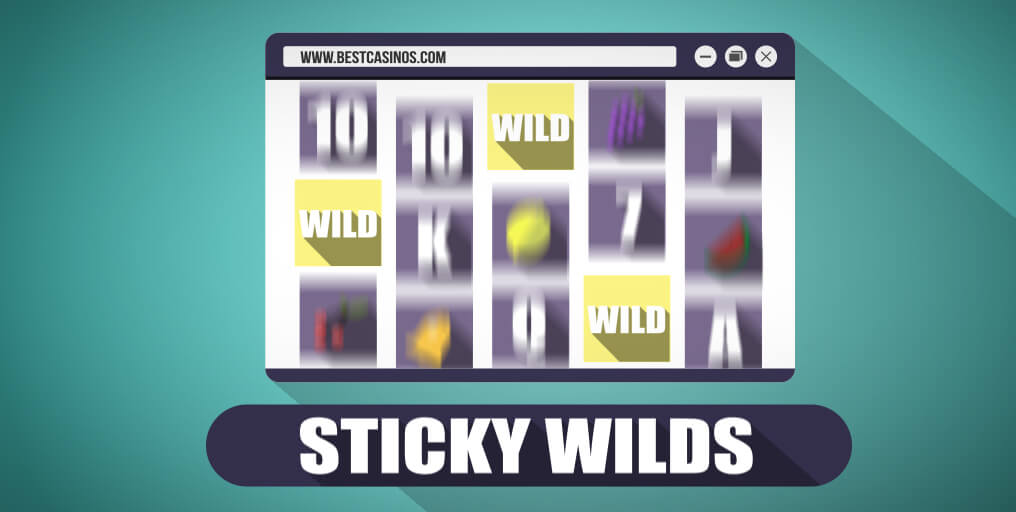 Sticky wilds are features that, once triggered, will stick around for more than one spin. Stacked, expanding and now sticky, no one is winning any awards for original names with this lot. As with the other wilds, the way a sticky wild works is pretty self-explanatory.

However, unlike expanding and stacked wilds, sticky wilds don’t increase your odds of creating a winning payline in a single spin any more than a normal wild would do They do stick around though, so you can be 100% sure you’ll have a wild on your next turn, which is why we like them.

Alien Robots, by NetEnt, uses expanding sticky wilds during Extra Spins. You need to get three or more scatter symbols to activate Extra Spins, but then if a wild symbol lands on your reels during that extra spin, they expand over the entire reel, and they stick around for another spin. Another awesome slot game that features sticky wilds is NetEnt’s Attraction, an electromagnetic slot set in a secret underground lab; the Blue Atom symbol is the sticky wild.

Thirdly, NetEnt’s South Park is a funny slot that takes you through the American sitcom that it is based on. In the Extra Spins round, Stan pukes on a girl (obviously) and this activates the Sticky Wild feature. 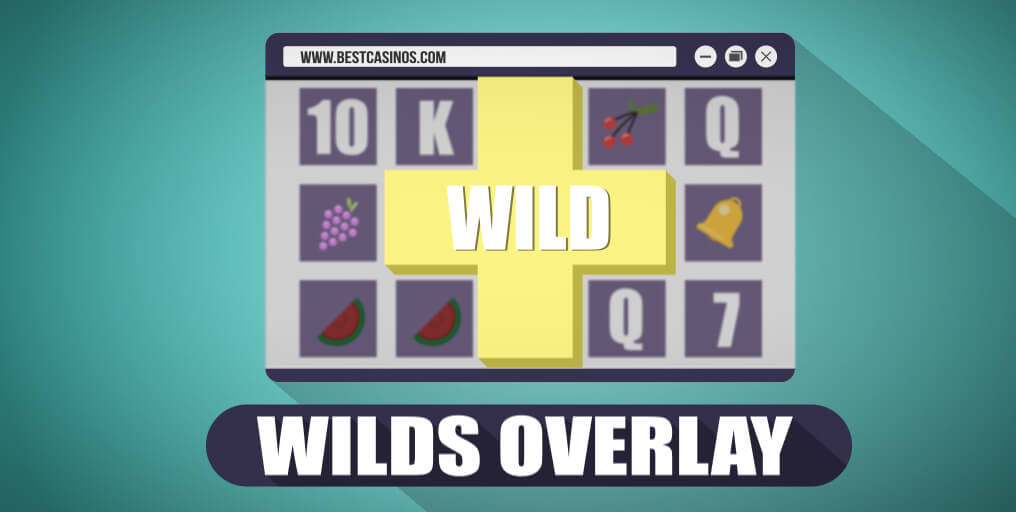 Wild Overlays refer to wilds that come stacked in a specific shape that land on the reels to take over a different symbol.

Usually, they appear just by luck and are not triggered by any specific requirements. You cannot use them on top of a normal wild; however, as they create a shape, rather than just the usual line, they can be particularly useful. One of the most popular slots that incorporate a wild overlay is NetEnt’s Guns N’ Roses slot; the Appetite for Destruction Wild comes in the shape of a cross with the band members’ skulls on it. It sporadically appears in one of three possible positions on the screen.

Warlords Crystals of Power by NetEnt, based on a saga about three epic warriors, the Priestess, the Barbarian and the Samurai, has wild overlays as a random feature that incorporates three symbols to initiate the feature: a Sword, an Arrow and a Hammer. 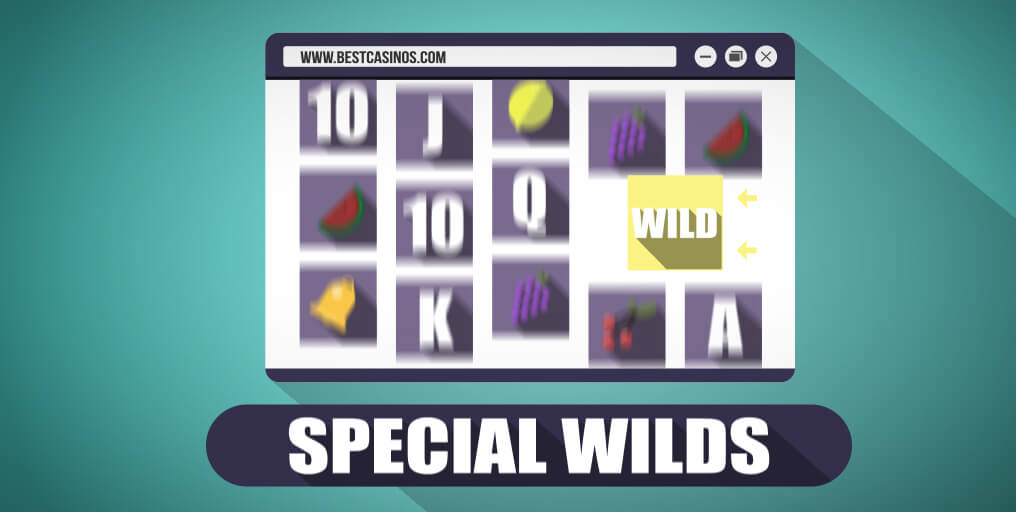 Special Wilds are wild symbols that are unique, that is, they do not fit into any of the categories described above or they occupy too many of them to be defined as just one or the other.

For instance, the Microgaming online slot Girls with Guns II – Frozen Dawn, which clearly features women toting guns in the Arctic tundra, has two types of special wilds; Frozen Wilds that remain in place for three free spins and Magnetic Wilds that move to the left on every spin and remain on your reels for the rest of the free spins.

Another interesting slot game by Microgaming is Santa’s Wild Ride, which has a fun Christmassy theme.

This features both stacked and expanding wilds, but also includes Trailing Wilds, which means that any Wild symbol that appears on the reel will replicate itself with each spin to immerse the row underneath it until it reaches the bottom of the reel and the reel is re-spun.

This doubles any prize you win in the feature.

Go Boldly Forth Into the Wild

With hundreds of different slot games to choose from, it can be overwhelming to try to understand all the different wild symbols that are out there, but we hope that this article can help clear up any difficulties and allow you to go back to (or start!) playing online slots more confidently.