xWays Hoarder xSplit slot is a 5-reel slot by Nolimit City. The slot features 11,030x payouts, 21.54% hit frequency, and extreme volatility. With this slot, Nolimit City expanded its collection of unusual themes that few providers dare to explore. xWays Hoarder xSplit opens up amid a nuclear catastrophe of some kind that has wiped most of humanity away. Your task as a player is to hoard – as the name suggests – items essential for survival.

You can use special game features to hoard more. Technically speaking, the slot has only three features – xWays, the brand-new xSplit, and Free Spins – but there’s more to the game than meets the eye. Players can mix features to create potent boosters that produce more winning chances and bigger wins. xSplit Wilds split and double icons on the grid, while xWays replicate icons on the grid. The effect is the same – you get more icons on the grid, and with that, a bigger payout. In addition, fallout Scatters or Super Scatters can unlock free Spins.

When you get to the nitty-gritty of the slot, you learn that it has extreme volatility – a common sight with Nolimit City slots – a decent hit frequency and a dual RTP. You can either play in 96.14% RTP or 94.10% RTP mode. To gather enough supplies, you will have to wager between €0.20 and €100 per spin. xWays Hoarder xSplit slot allows up to 11,030x the stake. If you want to learn more, keep reading our xWays Hoarder xSplit slot review. 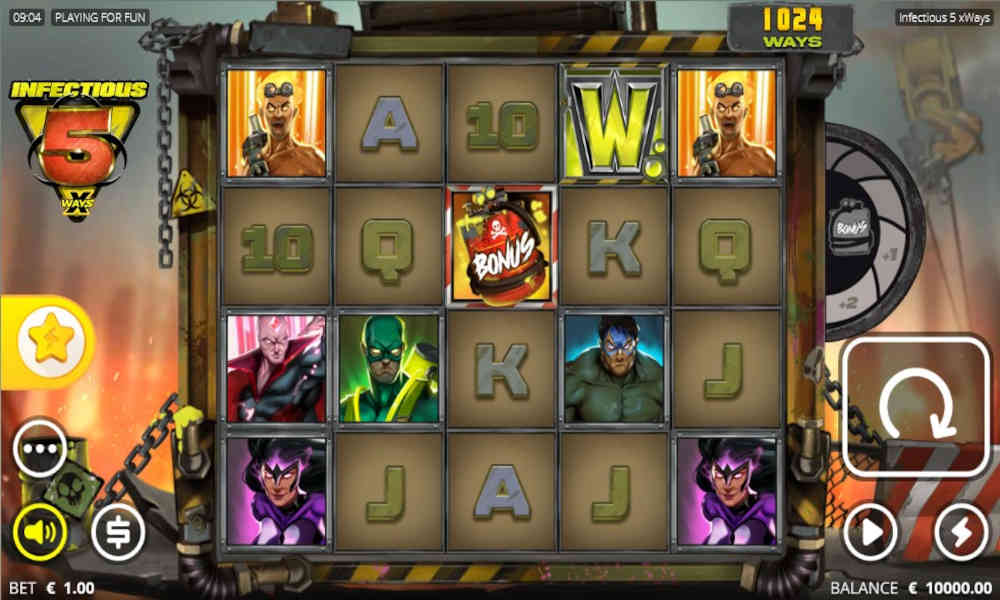 HOW TO PLAY xWays Hoarder xSplit?

Nolimit City xWays Hoarder xSplit slot is a 5-reel slot, with each reel featuring between 2 and 4 icons. The difference in icons stems from xWays and the xSplit features. xSplit is a new feature, while we had the pleasure of seeing xWays in action in several previous slots, including Infectious xWays. Each new round starts off with 243 ways to win. The number of ways quickly increases, and you might end up with 95,760 ways if you are lucky enough. The RTP comes in two modes. You can either play with 96.14% or 94.10%. Like always, the slot is extremely volatile with 21.54% hit frequency, so don’t expect wins that often.

When it comes to the visual aspect, we have to say that we are very pleased with how Nolimit City made this slot. It has a futuristic vibe but is also apocalyptic – it seems the setting of the game is a post-apocalyptic society where the goal is to survive. Radiation, bunkers, rodents, and garbage litter the background, while the reels focus on survival gear. The symbols reflect this, with toilet paper, moonshine, gasoline, first aid kits, and Geiger counters as low-pay icons. Premium characters have higher values – Hovenberg, The Moonshine King, Karen, Dr Dwayne, and Gordon Geiger. They are worth between 1.5x and 5x for a pack of five. Their sole goal is to hoard to outlive others, so you must do the same if you want to beat them. Hence, let the hoarding commence!

The game starts with bet placing. In that regard, you don’t have a lot of work – just set the bet to your liking, while keeping in mind the €0.20-€100 bet limits. The highest payouts for icons probably gave you the impression that wins aren’t big, but they can be if you open all game features. The highest win potential of the game is 11,030x the stake.

What would a Nolimit City slot look like without an excess of features? We don’t know and we aren’t too keen to find out. So, here’s what xWays Hoarder xSplit slot boasts in terms of special game features.

When Nolimit City announces a slot, we all sit tight and wait for the game to drop. We know we will like it! The same thing happened with this one. xWays Hoarder xSplit slot might be a post-apocalyptic catastrophe survival, but it’s filled with potent features and electrifying payouts.

Free Spins with levels and Scatters that transform into Super Scatters are just the start of the adventure. Meet Nolimit City’s xSplit mechanic and boost winning ways up to 95,760 to unlock big wins.

The game pays up to 11,030x the stake, which you can unlock with €0.20-€100 bets. xWays Hoarder xSplit is available at all Nolimit City casinos for real money and free play.

WHERE TO PLAY XWAYS HOARDER XSPLIT FOR REAL MONEY:

Players, we need your help with how we should to rank and rate these reviewed casino games. You can help us by rating this game, and if you really enjoyed playing xWays Hoarder xSplit. You can also share it with your friends on Facebook, Twitter and via email. For all freeplay games, if your free credits run out, simply just refresh the page and your balance will be restored.