Yggdrasil Gaming is an award-winning developer of revolutionary casino games with slot mechanics like Gigablox and Splitz. For the past few years, the company has been pushing boundaries and challenging online gaming’s traditional concept. Hence, Yggdrasil casinos that offer its impressive releases represent the epicentre of current trends in online gambling.

Finding the best Yggdrasil casinos has never been easier because the operators are rushing to add it to their platforms. Self-respecting online casinos that pride themselves on offering only the superior online and mobile casino games will definitely have Yggdrasil Gaming products listed in their portfolios.

Up and running since 2013, the Malta-based company wasted no time in positioning itself at the top of the industry. With a portfolio mainly consisting of slots, Yggdrasil keeps altering the gambling industry’s fabric with innovation and creativity. Named after a mythical item – a gigantic tree which connects nine otherworldly locations in Norse mythology – Yggdrasil Gaming is led by Fredrik Elmqvist, a renowned name with a huge experience in the online gambling sector.

Its output is not solely focused on developing slot games, however. Slots do take up the most space in the portfolio, but there are other games to look forward to. Yggdrasil Gaming produces lottery items, keno, classic and video scratch cards, mobile casino games and other classic casino games. Yggdrasil Gaming does not match its main competitors’ production volume but instead places a special accent on creating unique – special if you like – gambling products that stand out from the crowd in every sense of the word. The company also launched a YG Masters program which gathers aspiring studios looking for their big break in the industry. Some of the notable YG Masters partners include 4ThePlayer, DreamTech Gaming, Northern Lights, Rabcat, and AvatarUX. 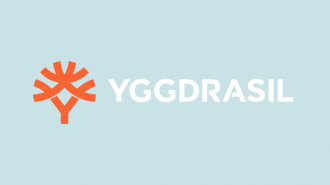 The sheer quality of Yggdrasil casino content is enough to see the casinos’ list offering their products grow regularly. Ranked by our experts here at BestCasinos.com, casinos accepting Yggdrasil slots have been lined up according to several important parameters. Not only will you get a list of casinos containing the most opulent choice of Yggdrasil casino games, but also rest assured that all sites we handpicked are only the most respectable and reputable you can find.

Player protection is our priority, and we take your safety seriously. Therefore, the listed casinos are the safest online casinos we could find on the whole wide web. You can relax and enjoy playing your favourite Yggdrasil game, knowing that your personal information is safe and secure. You can use a few filters if you want to narrow the scope of your search and locate what you are seeking faster.

Creativity and innovation are the best – and easiest ways to describe Yggdrasil Gaming slots and games. With a focus on producing only the highest-quality games, Yggdrasil dedicates all resources to bring something new to the ever-growing slot game market. The software provider combines different techniques to blend in the HD graphics with the most advanced technology to bring a highly immersive gaming experience players will never forget. Technology innovations such as Fusion Realms have increased depth and dimension to Yggdrasil games which can all be accessed and played in free mode before deciding whether they are worthy of your time. And money. Have a look at the games we rated and reviewed below.

Yggdrasil Gaming hit the ground running as an underdog among giants, and that’s the label that’s been following them since the inception in 2013. Seeing a developer hit the scene big but quickly getting lost in a vast online sea is common. However, Yggdrasil Gaming did everything in its power to avoid such a fate – and suffice to say, the firm succeeded. Today, Yggdrasil is a global leader recognised for its talent, dedication, and out-of-the-box approach to professional gaming.

But there is a catch. Unlike other online gambling powerhouses who use all of their capacities to produce games at a standard monthly rate, Yggdrasil Gaming – as a gambling neophyte – has decided to focus on quality ahead of quantity.

That is why the portfolio does not offer hundreds of games. Believe us, if they wanted, they could do it – but therein lies the entire point—quality over quantity, and creativity over profit. Sure, the provider might earn more if it rolled out more games, but that is not the goal, and never will be.

The list of operators choosing Yggdrasil Gaming as their providers of the online gaming content is getting longer every day. We have to say this is the biggest acclamation the company could get.

With dozens of online casinos accepting Yggdrasil slots, the company is a favourite choice for gamblers worldwide. But picking the best ones might be hard, so we took the liberty to make a list that could help you.

Here is the BestCasinos.com list of top 5 Yggdrasil online casinos where you can play its slots for real money.

Each of these venues offers exceptional promotions and bonuses, clear from their Welcome Bonuses displayed above. But Yggdrasil casino bonus offers are not something you can easily disregard. The company has regular promo campaigns with creative rules, entertaining content, and exceptional prizes.

Innovation is at the very core of Yggdrasil Gaming mission statement. A year after the company launch – in 2014 – Yggdrasil dazzled the industry by promoting its revolutionary HTML client framework called iSENSE.

Waving goodbye to FLASH and embracing the new era with its arms wide open, Yggdrasil Gaming turned plenty of heads with its new product that got revamped in 2017 through the iSENSE 2.0 upgrade. The new 2.0 version brought new features such as minimalistic UI for mobile and desktop platforms and the upgraded UX framework to facilitate in-game deposits without leaving the game client. Retina display screens and Force Touch are only some of the visual boosts that allowed Yggdrasil’s renowned visuals to acquire an even crisper outlook.

Arguably the most exciting piece of innovation Yggdrasil Gaming brought forward was a set of promotional tools called BOOST, allowing operators to remodel the way they promote online slots completely. Using the in-game tournaments, cash races, missions and industry’s first social sharing tool – BRAG – which allows players to share big wins with their friends on social media channels, Yggdrasil Gaming truly stepped out of the shadow. They set foot on the pedestal of online gaming greats.

Finally, the firm favourites in the public eye are the ingenious slot mechanics which reshaped the gambling landscape. The first one to launch was Splitz, a revolutionary engine which augments the number of paylines. Less than a year after the first Splitz slot Temple Stacks hit the casinos, Gigablox was announced. Gigablox represents exactly what its name suggests – gigantic blocks of symbols landing on the reels and generating wins. This game engine was presented in the Lucky Neko Gigablox slot release. Another important mechanic is the MultiMAX which is present in two games for now.

The turning point in Yggdrasil’s career was the start of the YG Masters program. Before that, the company successfully created games, but the fresh blood that came with new studios brought more ideas into the fold. Aspiring studios started creating games solely for Yggdrasil’s platform, and now 20+ games in its portfolio bear the stamp of YG Masters.

Nevertheless, the bigger portion of the portfolio comes from talented Yggdrasil developers and engineers. The list below is a brilliant example of their range – they might switch themes, but the quality never drops.

Making this list of top 5 Yggdrasil slots was a tough task for us, mainly because we love them all. Moreover, the content which rolls out from its studio is highly innovative, and each release has something inherently unique. We cannot fail to mention so many other games, including Syncronite, Valley of the Gods, Baron Samedi, Dark Vortex, and Golden Fish Tank.

The Malta-based slot specialists Yggdrasil Gaming have immediately impacted the online gaming scene, back in 2013 when their first-ever game called Jokerizer was released. This very slot was remarkably named ‘Game of the Year’ with critics heaping praise on its beautiful design and action-packed gameplay.

Yggdrasil Gaming is constantly expanding its trophy cabinet – year in and year out – with industry awards flowing in constantly. The vast collection of industry recognitions includes the 2016 EGR B2B Award for the Slot Provider of the Year, 2016 International Gaming Awards – iGaming Software Supplier of the year’ which only saw the company build up on the 2015 EGR B2B Awards Rising Star acclaim.

The International Gaming Awards 2020 Innovator of the Year is the latest in line which serves as another proof of Yggdrasil Gaming’s continued investment in modernisation of the online gaming industry. The company received the accolade the fourth time in a row!

Yes, you can win real money by playing Yggdrasil slots in any online casino that accepts Yggdrasil games. To become a member of such gambling sites, you must first register, place a deposit to claim the Welcome offer, and then play.

Can I play Yggdrasil Gaming slots for free?

Yes, you can play Yggdrasil slots for fun at gambling sites which allow free play. Plus, you don’t have to be a member to try out the games. Moreover, you can try the slots right here at BestCasinos.com as well.

Does Yggdrasil have high-volatility slots?

Do new players get Yggdrasil slot bonuses when they join casinos?

Yes, most online casino sites accepting Yggdrasil Gaming offer spectacular Welcome Bonuses which you can use on its games. The company also frequently launches promo campaigns across its operator network, and you can catch them at your favourite gambling site

No, all content coming out of the company is tested and certified by some of the strictest gambling labs and authorities. The company has a working license from the UKGC, MGA, and various other regulatory bodies monitoring the global industry.