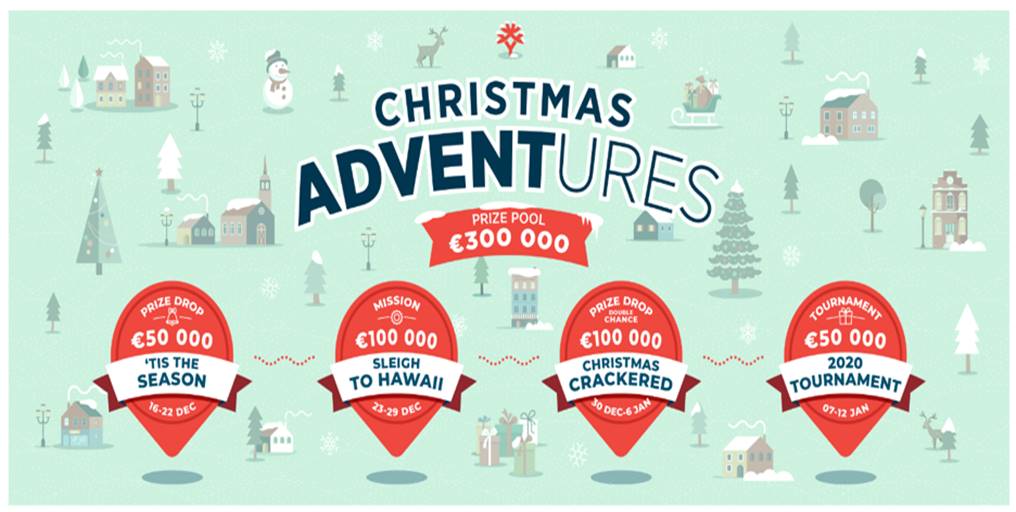 It doesn’t matter if you were good or not-so-good this year, you are going to get a gift from Yggdrasil! The prominent game manufacturer has decided to bestow gifts to its most devoted players. Or better yet, shower them with gifts! From December 16th to January 12th, all gamers that play certain Yggdrasil titles can get a share of €300,000. Yes, you read that right. Are you ready to hear more about Yggdrasil’s Christmas ADVENTures?

The exclusive promotion is split into four phases. Christmas ADVENTures kickstarts on December 16th and brings along more than 680 prizes for the eager punters. Casino enthusiasts will have the opportunity to play selected titles from the Yggdrasil portfolio for a chance to win a prize. Those titles include Vikings Go Wild, Tut’s Twister, Wolf Hunters, Trolls Bridge, Sahara Nights, Winterberries, Seasons, and the upcoming release Aldo’s Journey. ‘Tis the Season phase has a prize pool of €50,000.

December 23rd marks the beginning of the second phase named Sleigh to Hawaii. And as you can guess, there’s a trip to Hawaii for two in there. Games to play to win this trip and a share from the prize pool of €100,000 are Vikings Go Berzerk, Vikings Go to Hell and Valley of the Gods. Next up, we got the Christmas Crackered phase that officially begins on December 30th. The third phase brings, once again, a prize pool of €100,000 and a nice, cosy prize drop double chance. That way, players can win even bigger prizes.

The final part of this amazing Christmas journey begins on January 7th, 2020. To mark the opening of the new year, Yggdrasil has prepared a 2020 Tournament. Golden Fish Tank, Dwarf Mine, Jackpot Raiders, and Casino Cosmos are selected for the tournament as the games which you need to play. Bear in mind that you must play all these games to enter the cross-game tournament and climb the leader board. Don’t worry, it will be quite worth it – the prize pool is €50,000!

Visit your favourite Yggdrasil casinos and play for prizes. We wish you a merry Yggdrasil and a happy New Christmas ADVENTure!