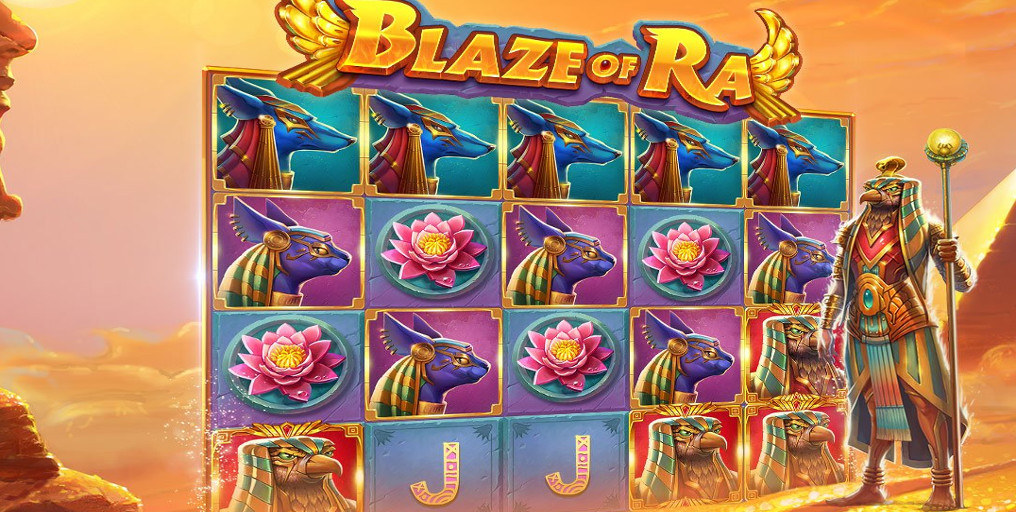 Mr Green, the renowned European online casino brand, headed into the new year with an exciting new slot in its portfolio.

The online casino has announced on its Twitter account earlier in January the expanding of their vast library of games with the new slot arrival called Blaze of Ra, available on all devices from 20c to $100 per spin.

This Swedish operator Mr Green offers casino betting and sportsbook to its customers in Europe and the UK.

It offers games from the world’s most established names in the market like NetEnt, IGT, Quickspin and Yggdrasil.  Lately, Push Gaming is on a good path of establishing itself on that prestigious supplier list and the integration of their Blaze of Ra slot is definitely a step in the right direction.

Mr Green is already delivering some of the Push Gaming content on their site and since they had positive results with The Wizard Shop and Peter and the Lost Boys, a linked wilds slot launched eighteen months ago, they have decided to partner up and once again launch this exciting new title exclusively.

Push Gaming also released popular HTML5 titles Gems of the Gods and Humpty Dumpty during 2017 but they weren’t a part of this particular deal.

This Ancient Egypt-themed slot game is Push Gaming’s latest release and focuses on Ra and the Sun God.

Beautifully designed, with hieroglyphs, scarabs, spinning ankhs, the eye of Horus and flowers as symbols, animated landscape backgrounds and fiery gold reels that light up during features will surely take you to an unforgettable adventure.

Players are taken on a quest across the desert sands in search of treasure in this 5-reel, 40 payline slot game.

To unlock Free Spins player must catch three or more Scatter symbols anywhere on the reels.

This video slot has a reported 96.4% return to player rate and wins in the base game tend to come less often than expected but the chance for huge prizes through the features make up for this.