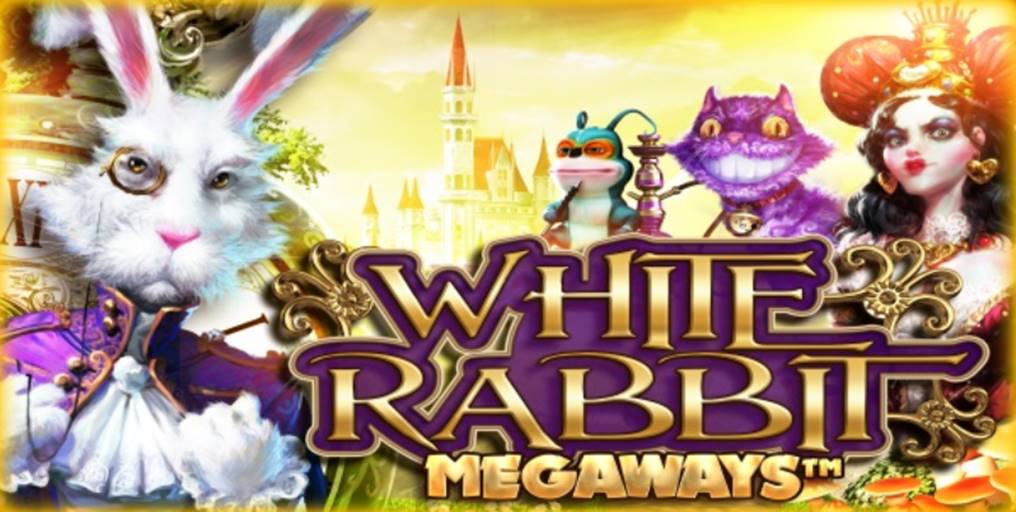 BTG White Rabbit MegaWays™ Slot Will Take You to Wonderland

Are you ready to enter the strange new world full of magical prizes? White Rabbit MegaWays™, the newest slot by Big Time Gaming is exactly that. So, let’s go and see what it is comprised of.

We are all familiar with Alice in Wonderland, the popular children’s book by Lewis Carroll. The game is based on an iconic character that appears in it – the white rabbit aka Mad Hatter. The White Rabbit in this game will be someone you’d want to follow, as he is will bring you bonuses.

Red Queen is a famous character that appears in the both this game and the book as Queen of Hearts. You can meet her by triggering the Queen’s Reels.

Another character is a caterpillar that blow smoke into wild mirrors. At any time during the game the sleeping Caterpillar can wake up, take a puff of his “Hookah Pipe” and blow up some wilds onto the reels.

BTG strive to involve the player on a whole new level, and this time they are doing it with a unique system called Feature Drop. With Feature Drop, White Rabbit allows players to buy a bonus feature at any time. You no longer have to wait for a feature!

In 2017 BTG launched the White Rabbit slot and this time they are updating it with Megaways™ mechanism. You’ll recognize this slot machine mechanic if you played games such as Bonanza and Extra Chilli that use it. Lately, the most popular branded slot using the same mechanic is Who Wants to be a Millionaire, released this November.

White Rabbit MegaWays™ is a highly volatile game, with an exceptionally high RTP of 97.72%. Usually slots come with 10-20 paylines and 243 ways to win. However, playing this Megaways™ slot will provide you with up to 248,832 ways to win!

So don’t be afraid to follow the rabbit down the rabbit hole, because you could find big treasure there! The white rabbit can lead you all the way to a max win of 10,000x your stake!