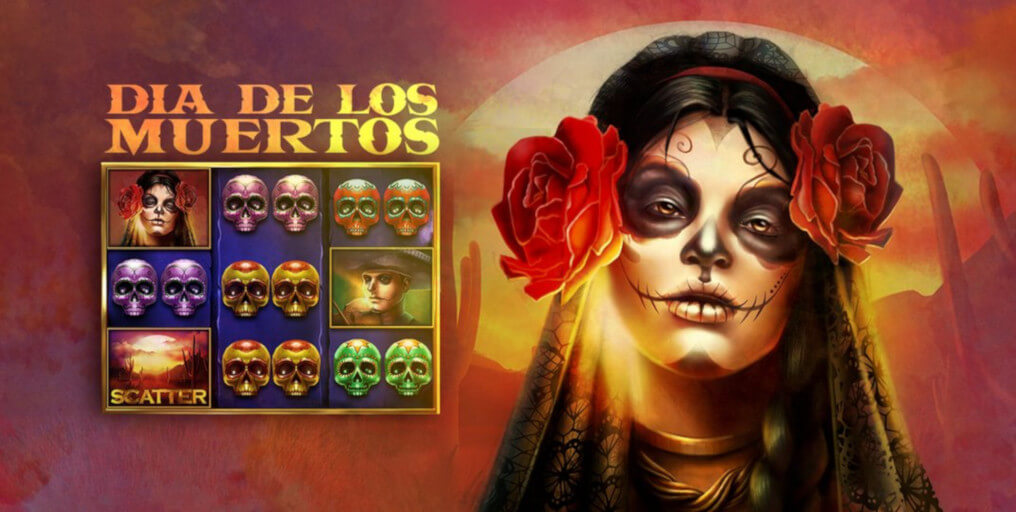 After recent successful releases of Durga, Kamchatka and Lucky Streak, Endorphina is launching Dia de Los Muertos to keep all players at the edge of their seats.

Day of the Dead

As previously announced, Prague-based game provider launched the game just in time to spice up a Halloween season with this game based on the famous Mexican holiday, the Day of the Dead.

It will provide us with unparalleled insight into the Mexican tradition. There’s more to the holiday than just scary costumes that make shivers down our spine. During the three-day celebration, people share their love and pay their respect to their ancestors who are watching our world from “the other side” so you can expect significant and traditional symbols in this 3×3 slot.

With its painted skulls, mariachis and symbol of the Dead, the slot offers wins of 500x your stake and up to $25,000 cash, just enough to put you on fire for the holiday.

Souls of those who had passed are returning for the day to tell you all the secrets and reward you with some mega wins. The Mexican landscape is a Scatter and landing at least three on the reels trigger 20 Free Games. During this feature, beautiful Catrina, the symbol of the Dead, transforms into a Wild symbol. Winnings formed with wild symbols will bring you some hefty prizes and what’s best during this feature, Free Games can be re-triggered.

Put on your costume and hurry up to your favourite casino. Dia de Los Muertos is a perfect fitting to a Halloween frenzy, so it is probably already included in the promos in online casinos.

Endorphina made this simple and fun game but they also know how to shake things a little bit.

Somewhere around Christmas, Endorphina launched Durga slot which at first caused some controversy. The game portrays time traveller into ancient history including 5×4 grid and 40 fixed paylines. Players were introduced to Hindu mythology while taking huge risks to conquer the surroundings and Manisha who rebelled the Gods in a brutal ancient war.

An outraged Hindu group urged the developer to apologize and recall the game since it features the goddess of positive divine forces from the mythology. According to the group, the game links inappropriate content with Hindu deities.

And although the fight isn’t over yet and Rajan Zed, the President of Universal Society of Hinduism, took the battle on the next level addressing the authorities and regulators, the game became insanely popular due to its complexity, free spins and bonus features.