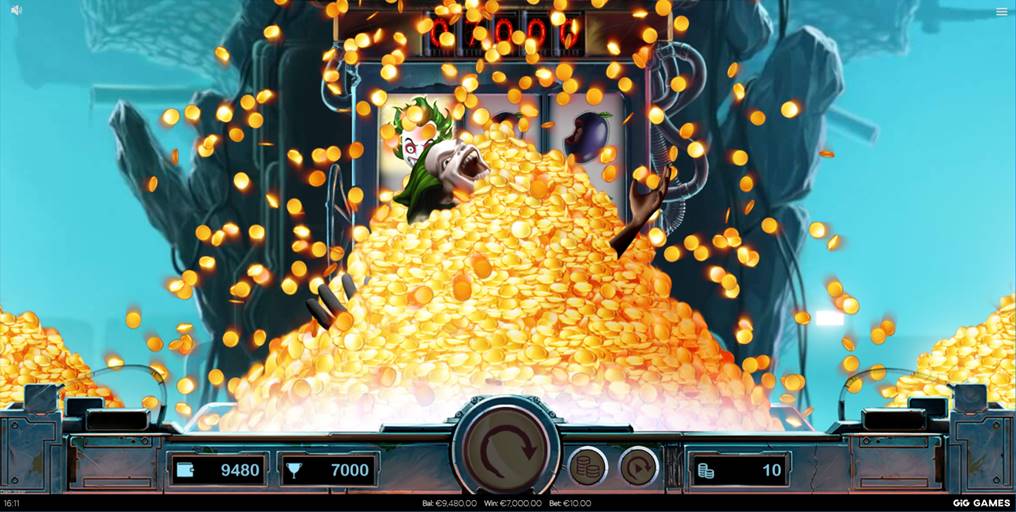 The Hangover trilogy producer Todd Phillips is trying his hand in directing waters and has his name next to the 2019 edition of Joker starring Joaquin Phoenix.

On the other hand, we have Malta-based GiG Gaming, the firm behind the brand new Dark Joker video slot.

Dark Joker offers a good RTP of 96.01%, although not as high as the company’s top March release Popstar with its 96.70%.

The game is displayed on the traditional reel structure 3×3. This is quite new for the creator, but we are certain that they know what they are doing with this venture. As a result, there are 5 lines for you win by.

The dismal game comes with a high variance, which makes the slot ideal for high rollers. The Joker is the host of his own online casino set underground. Are you brave enough to step inside?

Loaded with mystery bonuses and extra rounds, Dark Joker offers a total prize of 7,000 in coins. Playable across all platforms, Dark Joker is a modern game with a twist. And the best thing is – it has been available as of September 3rd 2019 at all GiG online casinos!

Put on a Smile

In addition to the base game, the slot offers the Crazy Joker mode, in which you can benefit from even more coins. A coin avalanche, one could say.

Dark Joker pays out going from left to right. During just one spin, you can render up to 5 mystery prizes. The gamble game, also known as the Top Game will shower you in pure gold, resulting in a bunch of 7,000 coins.

The game’s available in 17 international languages, including German, Spanish, Chinese and Swedish, to mention a few.

Graphics-wise, Dark Joker is a typical GiG release. What truly makes it stand out is the structure in itself. Good luck and don’t let the smiling lunatic lure you onto the dark side!