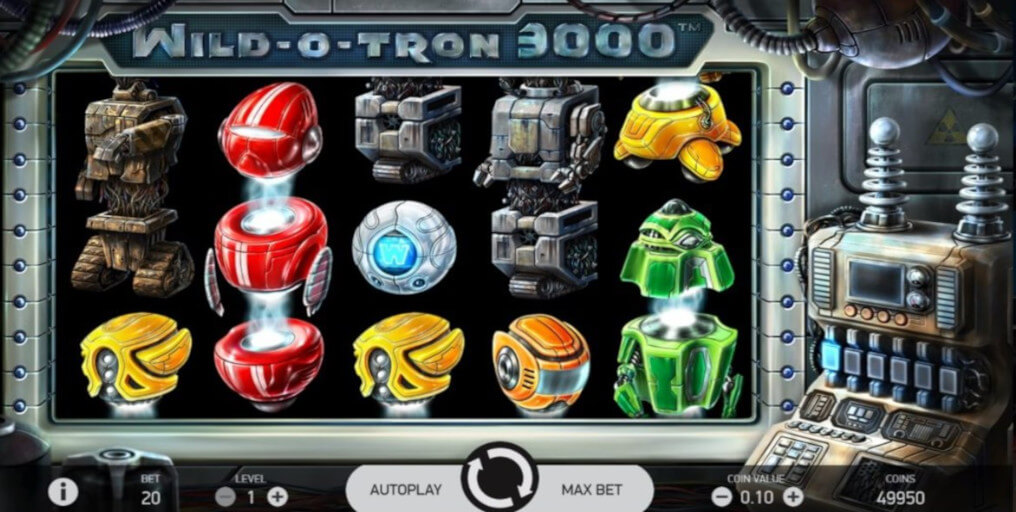 Premium online slot creator NetEnt has already warmed us up with the wintery release Jingle Spin that followed the launch of the much anticipated Vikings slot.

What is taking over the stage now is the skyrocketing of the last slot release by the manufacturer for the year of 2018.

Wrapping up the Year with a Bang!

Launched just yesterday is NetEnt’s final release for 2018 and it is called Wild-O-Tron 3000.

The game draws inspiration from the 1982 science fiction blockbuster TRON directed by Steven Lisberger. The game is now available in all NetEnt online casinos.

In the light of the conventional science fiction film, Wild-O-Tron 3000 boasts 5 reels, 3 rows in its layout that hosts 20 fixed paylines. What shakes up this world of the classic looks are the seven droids that can appear on the reels and that all have a different value.

There is a havoc in a lab. An uprising of bots coming to life has sparked off and your task is to get the grips with the robot revolt in the laboratory.

What will help you out in this mission are exactly the druids we mentioned above. The red one boasts the highest value and it will earn you a substantial sum if you play five of them on one payline. The orange and yellow droids have a lower value but are still vital in what happens eventually.

Besides the typical sci-fi elements, you will also come across enraged robots that will come as a Stacked Symbol of three, either partially or fully visible. Although the game is relatively stripped back in terms of fancy features, there are multiple surprises that you will discover along the way. The exclusive Wild-O-Tron feature may occur at random before a spin to look to change a certain number of symbols into Wilds.

Overall, the slot is simple to understand and it is capped with top-tier graphics and immersive sound effects that follow you throughout the game. The maximum you can claim is 5000x your bet.