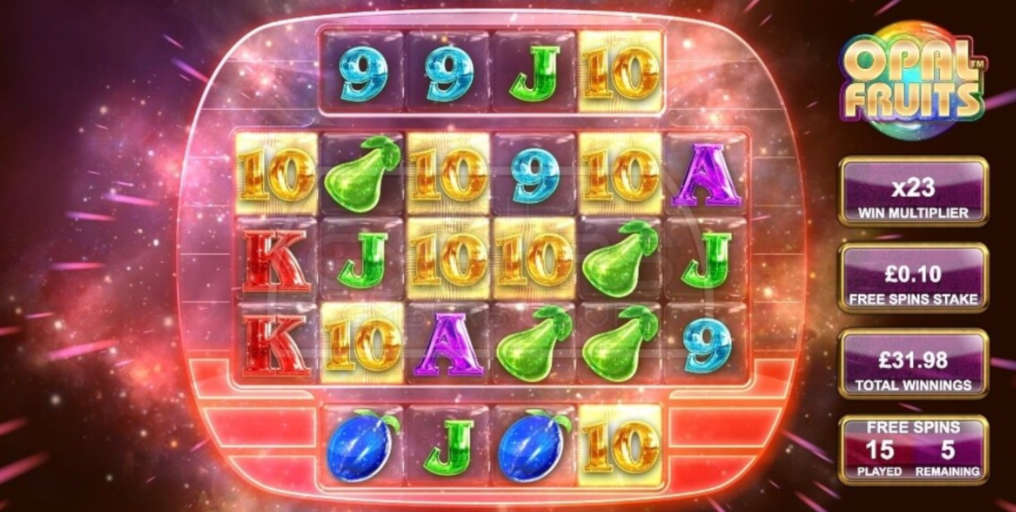 Opal Fruits by BTG Sees the Light of Day!

We have spoken about BTG and its fascinating new video slot called Opal Fruits.

The company has been announcing the sparkly official launch of the game for quite some time now, and we are living it right now!

A First Ever for Both of Them!

Kim Hultman, famous for his role as a Twitch streamer LetsGiveItASpin, had the pleasure and honour to unveil this game by trying his hand with its initial 100 spins. Hultman currently has over 22,500 followers on Twitch, a majority of whom witnessed the spectacular gaming event. He was the first person ever to test the provider’s innovative Triple Reaction mechanics.

Hultman, who is also a co-founder of CasinoGrounds.com, was thrilled to participate in the happening. He declared, “BTG is becoming synonymous with innovation in the world of slots. This time it’s Triple Reaction together with multiplier wilds, which makes for great potential and entertainment.”

Nik Robinson, CEO at BTG, also provided his commentary. He stated that Hultman was known to be the most famous online casino streamer that the industry had ever seen. Therefore, BTG was delighted to see him make “the first spins on Opal Fruits and broadcasting the action to his army of followers.”

More on the Unique Universe

The 5,625-way slot has been talked about, but we find that cannot do it justice simply verbally; you just have to try it for yourself. The gravity of this game stems from rotating around the fruits that are your high denomination symbols. These include luscious-looking succulent plums, pears and melons, which sway to the melody of the power soundtrack.

As for the Triple Reaction technology, it allows spins and reactions in 3 directions with two opposite directional horizontal reels. In addition, the extra sixth reel spins down the centre of the playing structure.

Playable in demo mode, it enables you to use re-triggers and multipliers for free.