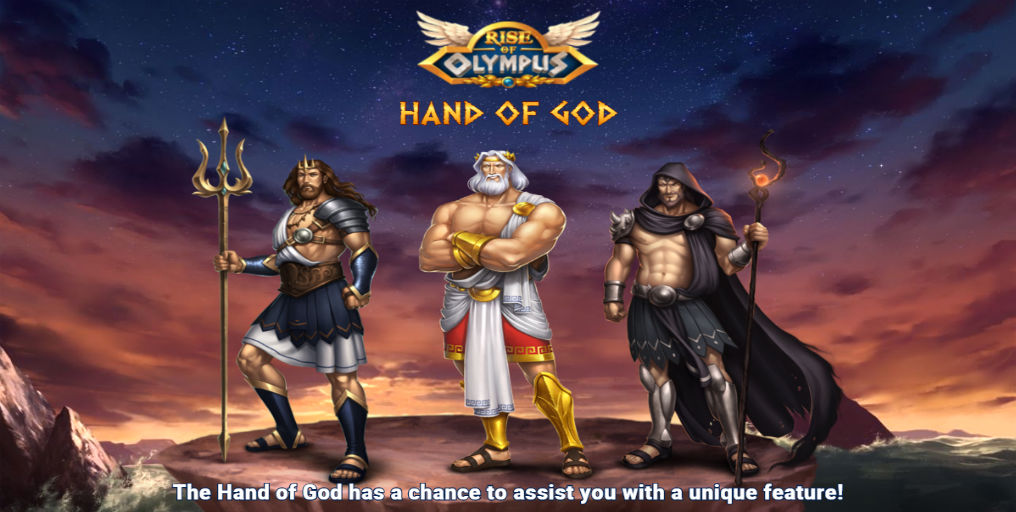 The sneak peak of the latest slot by Play‘n GO is already released and judging by the demo version, Rise of Olympus is taking the lately neglected Greek mythology theme to the next level.

Up to x5,000 Winning Potential

Played on a grid of 5 reels and 5 rows, with a betting range of 0.20 to 100, the slot produces 96% return to the player percentage on an extended gameplay and offers a payout potential of x5,000 player’s bet.

As the winning combinations are formed, the standard reels will shift to the cascading mode, which (along with the grid layout) is gradually becoming a signature feature of Play‘n GO slots, following the releases of Reactoonz and Sweet Alchemy.

The Divine Intervention Through the Rise of Olympus Bonus Features…

Designed with attention to details, Rise of Olympus stays consistent with the Greek mythology theme even in the bonus features. The Hand of God is a heaven-sent feature occurring randomly on dry spins, with a different deity creating winning combination every time the bonus is triggered.

The Gods’ vengeful nature will come in handy in the Wrath of Olympus, where the charged Meter unlocks the bonus round; there are three Meter-levels, each with a different God forming the paying symbol combinations.

The elimination of all symbols from the cascading grid gives way to yet another feature – Free Spins – the number of which will be selected by the player. The Hand of God will be active during the bonus rounds as well, with more Free Spins added when the Meter is charged.

The company’s CEO, Johan Törnqvist, stated that a lot of effort has been invested in Rise of Olympus and expressed his confidence that the players will find the game both engaging and visually appealing.

Törnqvist also added that one of the greatest creative challenges for the game designers was finding a unique style without making the characters unrecognizable, but that the results were more than satisfactory.