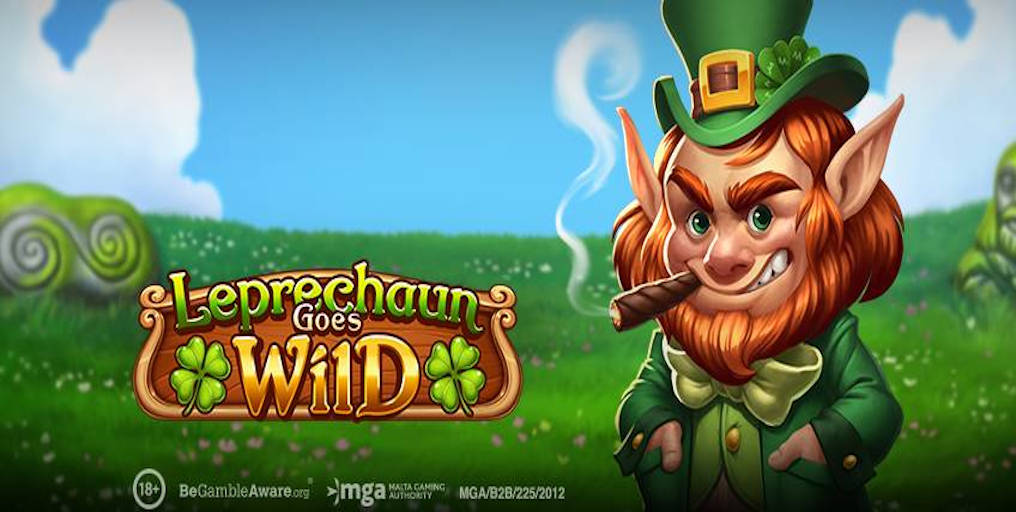 Today is the day when you get to meet another Play’n GO title. The new game that is already in your favourite casino’s lobby is Leprechaun Goes Wild.

Wilder Than You Think

But that’s not important. What we do care about is that the game is finally here. Let us show you what this game can do!

The eponymous feisty leprechaun is here to team up with his mates and generate incredible wins. Thanks to the Rainbow Revolution, good fortune will be yours if you join the cause!

As you can imagine, the most important symbol in this game is the Wild. These nifty little icons create the biggest winning combos on the five reels. The leprechaun can even stick to the reels in the bonus feature. He’ll share some of his magical luck with you, and you can score something big!

This slot was among the featured games on the ICE 2020. In a statement about the games, the Play’n GO CEO spoke about the challenge of revisiting characters in slot titles.

“Players feel a connection with some of our most beloved characters Hugo, Rich Wilde and the Leprechaun. It’s always worth revisiting them to bring a familiar face from a fresh perspective.”

He also added that it’s crucial not to rehash the same old scenario in a game. For Play’n GO, this has no point. The company wants to make sure it gives players more, even with characters they are already familiar with.