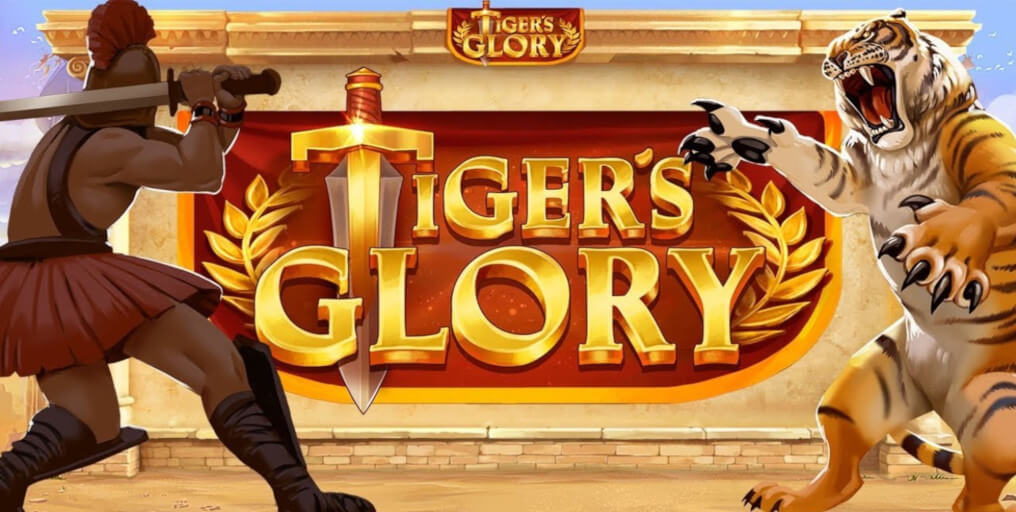 After recent successful releases of games such as Eastern Emeralds, Big Bot Crew and Ark of Mystery, Quickspin has designed and developed another high variance and exceptional win potential slot game called Tiger’s Glory so you better prep up to immerse yourself into this action-packed showdown.

Tiger’s Glory is a 4×5 video slot that brings ancient Rome’s colosseum to life.

With 4096 ways to win, the Swedish slot specialist Quickspin has really raised the bar and promises good fun by putting tiger versus gladiator into an epic fight.  If you are a fan of the Imperial Rome, this is a real treat for you.

Quickspin CEO, Daniel Lindberg, said: “We are delighted to unveil our latest slot, Tiger’s Glory. Its immersive setting and pulsating gameplay make it one of our most engaging titles to date.”

“With an exciting and rewarding free spins mode, players must battle their way to big victories in the arena of the greats!”

Tiger’s Glory features a special six reel display that is packed with a number of bonuses and exciting features.

Players will have 4,096 ways to win and will be able to enjoy this game on a variety of platforms starting from their desktop to their mobile devices. There are four different gladiators and they are high-paying symbols. The Enraged Tiger is the most lucrative symbol and players who line up six tigers will get ten times their stake.

Three or more Bonus Scatters trigger the Enraged Tiger Free Spins Bonus and you get up to 20 free spins. During this feature, it’s a lot easier to win since the Enraged Tiger symbol pays anywhere and winning combinations don’t need to be consecutive.

Enraged Tiger battles Gladiator and if the tiger wins, it will lock in position and wins you an extra spin.

This sticky wild will means players will have the most valuable symbol locked in plus they get another free spin during the bonus so you can potentially win up to 13,830 times your stake during the bonus round. Playable from €0.40 to €100, this is a well-balanced and high variance slot that has a lot to offer from sticky wilds and free spins to 4096 betways.

Founded in 2011, Quickspin has quickly established itself as a top-notch development studio. Licensed in multiple jurisdictions, its award-winning content has attracted world-famous operators to sign an agreement with the company and integrate their titles to its platform.

Quickspin was acquired by Playtech in March 2016.