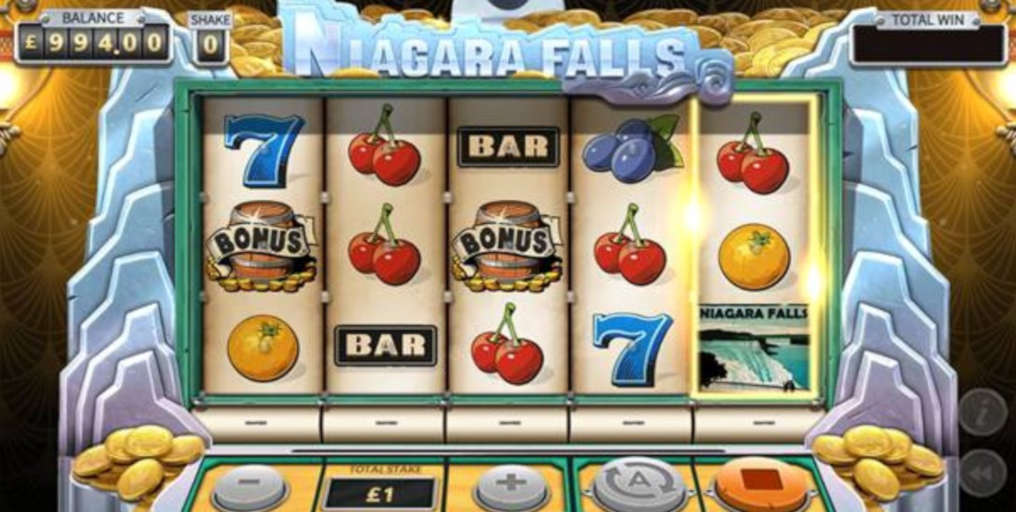 The leader among slot providers Yggdrasil Gaming, only about a week after announcing the joining of Dreamtech into the YGS Master Programme, is now disclosing details on the initial launch called Niagara Falls.

Niagara Falls video slot was designed by a partner studio Northern Lights Gaming and it draws inspiration from the 1930s combined with the traditional fruity theme.

The new online slot from Yggdrasil is the embodiment of the classicist era of iGaming, and it features all standard signs. We see you traditional gamblers rubbing your hands, and you should! All well-known symbols such as diverse luscious fruits, bells, the bar and the lucky number 7 are located on the reels.

Get Juicy with Yggdrasil!

Niagara Falls is a highly volatile game with a return to player (RTP) of 96.2%. It shows off 5 reels spread across 3 rows, as well as 20 paylines. The bet range spans from €0.2 to €400 and the game itself is playable on the tablet, mobile and desktop. The game keeps it simple and traditional regarding the structure, but that is about where the simplicity stops. Here is how.

This delicious online slot boasts tree electrifying bonus features. To render open the Coin Drop, all you need to do is place a gold coin on the last reel in the base game. The piece of metal then collapses leaving behind a trail, which will drop on an extra slot at the bottom of the framework. Should the coin disembark on the additional slot, a plethora of extra symbols will be shot up. These include Wilds, Free Spins, the Shake feature (accompanied by the Shake counter), the Stacked Spin, as well as the Multiplier Bonus, with possibilities of multiplying 2x, 3x, 4x or 5 times.

The second feature is titled the Niagara Falls Free Spins Bonus, and it is reached when placing the whiskey barrel sign on reels 1, 3 and 5 concurrently. A total of five Free Spins will then come your way, with a chance of creating a whole wild reel. Lastly, the gusto is enhanced with the Cash Fall Bonus round, which does exactly what it says. Collect coins and you’ll get geysers of cash!