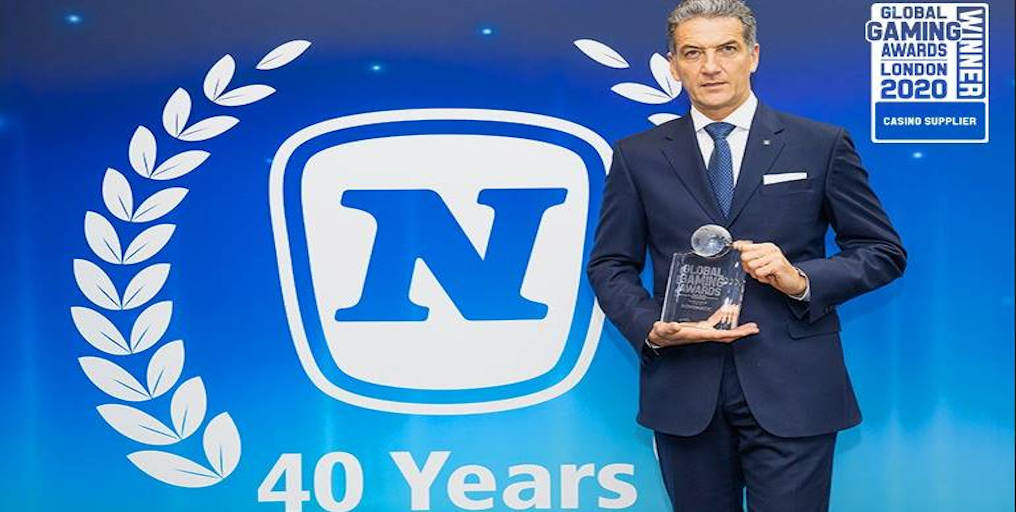 We have great news for fans of the fantastic Novomatic Group. The company took home one of the most prestigious prizes at the Global Gaming Awards!

The software developer was named Casino Supplier of the Year at the ICE Totally Gaming event’s awards ceremony.

For the third consecutive year, this delightful prize is in the hands of Novomatic.

Nine other companies competed for this award. However, Novomatic managed to outdo its competition and score the prize.

Next to Novomatic, Evolution Gaming was named the Online Casino Supplier of the Year at the same ceremony. Congratulations to both companies!

And the CEO of Novomatic, Harald Neumann, was more than pleased with the outcome of the ceremony. He said:

“To us, being named ‘Casino Supplier of the Year’ for the third year in a row is an extraordinary confirmation of our achievements as a reliable and innovative international technology provider. We could not have hoped for a better start to our 40th anniversary year.”

Novomatic celebrated 40 years of work at the ICE 2020 show. And there is no better way to mark such an anniversary than by claiming this prize. After all, it happened for the third time in a row!

At the awards ceremony, top-performing companies and operators receive rewards for their hard work and achievements in the previous year. There are 16 categories in which suppliers get their recognition. Over 50 international casino experts are part of the jury. Their task is to pick out winners from 175 nominated candidates. That is why the event known as Global Gaming Awards is of the most prestigious events in the industry. Having this award is a great honour for the recipient. Because the accolade represents fairness and a stellar reputation. KPMG, as the world’s most extensive auditing and consulting firm, audits each vote.

The Global Gaming Award is a clear indicator of a company’s success and credibility. It recognizes the company as a market leader and rewards the work done over the previous twelve months.