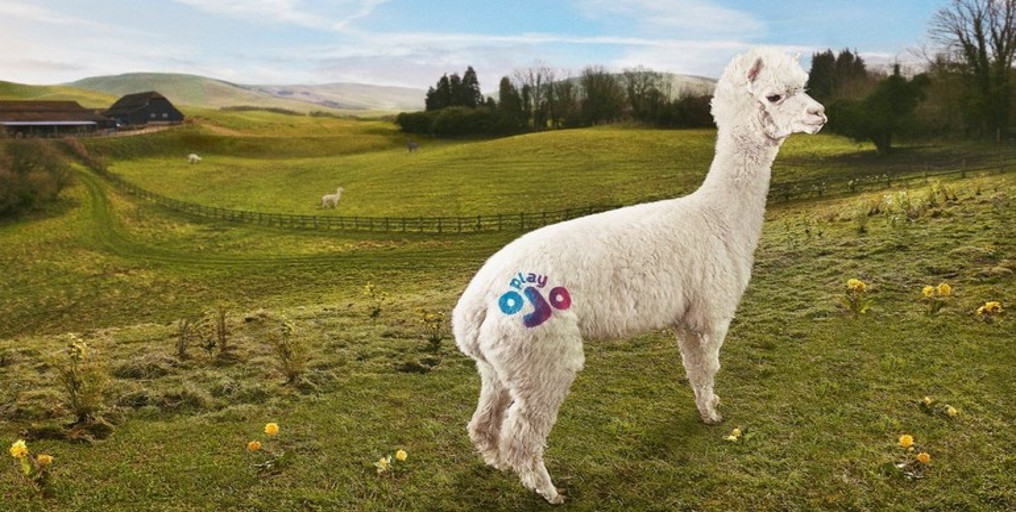 The hottest online casino brand in Europe, PlayOJO, is really pushing boundaries of the industry with its new, provocative TV advert featuring talking alpaca, and hopes to stand out even more from a crowded market place.

“Find Your OJO” is the second TV marketing campaign from this young online casino.

The first TV ad from 2017 “Not Bad for an Online Casino” was hugely popular and featured Geoff Bell, an actor from the Business, Kingsman: the Secret Service and Green Street Hooligans. He stared a rogue PlayOJO employee who represented the old way of running an online casino.

He resigned in disgust at PlayOJO’s policy of giving their players money back on every bet which led to tagline “Not Bad for an Online Casino”. The ad was created by top London advertising agency 101 and was shot by an award-winning director Chris Woods. The ad began airing in March 2017 across Channel 4, Sky and digital channels.

“Find Your OJO” multi-million-pound advertising campaign is even more interesting than the first one and is hoped to strengthen the casino’s position as the most trusted online casino in the world.

The advert features a sad Alpaca that has been treated badly by other online casinos so far. When Alpaca finds PlayOJO, a transparent online casino that is fair and offers cash bonuses that come without wagering requirements, it transforms from gloomy to cheerful. That transformation symbolizes the change this young casino has brought to the online casino sector with its launch a little over a year ago.

They promote their honest approach that has become a big hit among players who are given 100% control of their money. TBWA London created the ad that will be broadcasted on Channel 4, Channel 5, ITV and Sky as well as on digital channels. Radio version of the ad is expected in the following months.

The Alpaca that finds its OJO in the TV advert has already starred in the Star Wars Episode VII: the Force Awakens.  Ewen Maclntosh, who played Keith Bishop in the UK sitcom, The Office, is lending Alpaca his voice in the advert. The fun and loving alpaca encourages you to find your OJO just like him.

PlayOJO is not only gaining points for itself but also changing players’ negative perceptions of the industry.

This brand scored the only positive net Promoter Score in a recent UK marketing research conducted by Trinity McQueen compared to the top brands like Casumo and 888casino.