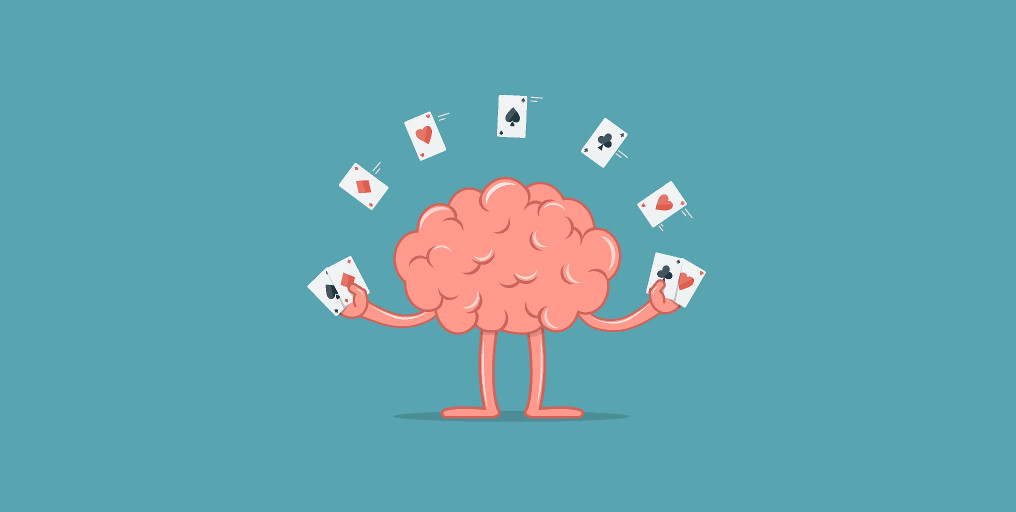 This article addresses blackjack card counting for beginners. If you have been playing blackjack for some time and want to improve your performance at the casino blackjack tables, then this article is meant for you. It is important to clear one fact upfront. Card counting will not help you in playing blackjack deals better. That aspect is dealt through blackjack optimum strategy. Card counting lets you know when the chances of winning are in your favour and when they are against you. This enables you to adjust your bet amount accordingly.

Every course has its prerequisites and there are some for counting cards in blackjack as well.

Edward Thorp is generally accepted as the father of blackjack card counting, though a few players before him had addressed the issue. In 1962 he authored a book Beat the Dealer that outlined in detail a card counting technique backed by the required mathematics. His system, called Five Count, was based on the realisation that fewer fives left in the deck are more favourable to the player than a deck that is loaded with fives. Thorp continued to improve the system and several other players also devised similar systems. Many of these players are in the Blackjack Hall of Fame for their card counting work. Some of these are:

Is Card Counting Legal in Casinos?

Card counting at blackjack tables in casinos is perfectly legal. Counting cards is a blackjack skill that the player brings to the table like knowledge of optimum strategy. However, there are conditions attached. In the execution of card counting the player cannot use any mechanical device. Nor can the player relay information to third persons and seek their assistance.  Therefore the use of the following devices would be illegal:

In this section the generic steps of any blackjack card counting system are explained without going into the details of any specific system. The idea is to familiarise beginner card counters with the philosophy behind the steps.

A brief explanation is needed before we go to the steps. Card counting systems are based on the following mathematically confirmed hypotheses.

You cannot know the cards in the deck so you track the cards that have been dealt and rejected and then make inferences about the deck.

When you join a blackjack table and the dealer is midway through the shoe, do not start the card counting process. You will have no idea of the cards already on the discard tray and will never get the right card count. Wait till the dealer starts a new shoe and then begin to count the cards.

Step 1: Know the Counts Assigned to the Cards

Each card counting system has a different valuation. You will need to follow the valuation given by the blackjack system that you are using.

With a new shoe, start with a running count of 0. As each card is laid face up on the table note its count.

The running count will change from being positive to negative and vice versa several times in the process.

Step 3: Track the Number of Decks

All this mental callisthenics is of no use unless it leads to useful decision making. The true count is used to adjust the bet amount as follows.

The steps are depicted in the following image: 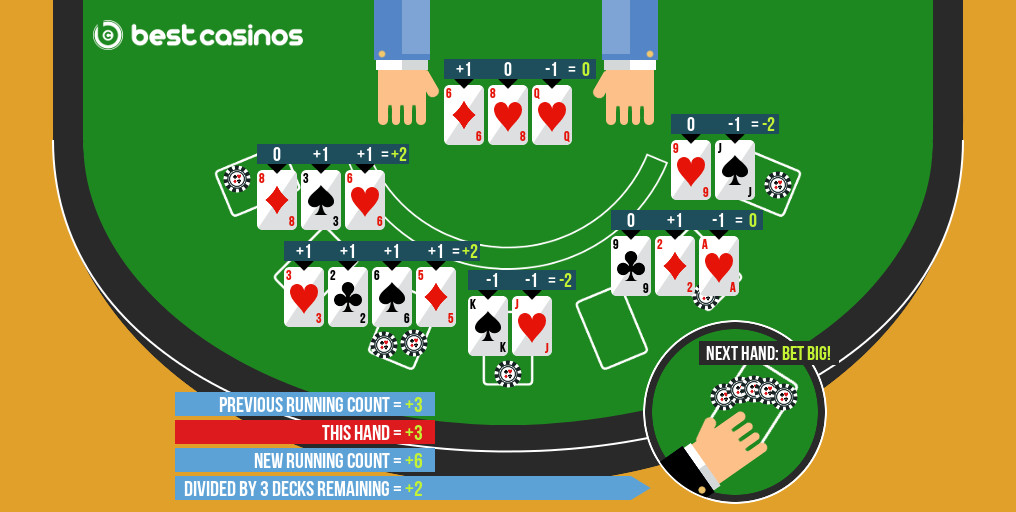 What Are The Benefits of Learning Card Counting?