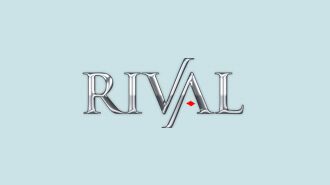 With more than a decade of experience in the online gaming realm, Rival will be a well-known software developer for many a BestCasino.com visitor. Our team of industry experts has nevertheless prepared an extensive review of the top-game manufacturer which goes under the full name of Rival Powered.

A group of seasoned online gaming software developers came together in 2005 with an idea of harnessing their joint vision into a unique project that aimed to be a worthy rival to already established members of the industry. A year later, off of a backing from more than a handful of creative artists, a company suitably titled Rival burst into the already growing world of online gaming, never looking back.

A subsidiary company to the Black Chip Limited, Rival Powered is a Cyprus-based firm with offices in Nicosia, but also in Malta and Curacao. Rival Powered stands as one of the most prominent brands out there with over 260 titles in their ever-expanding portfolio which caters to both online and land-based operators. Not only does Rival Powered produces top gaming content but this company also offers a full set of turnkey solutions which include complete affiliate marketing programmes, display advertising, player retention and customer support. All of the above is a huge pull factor which operators around the globe decide to partner with Rival for.

From a player’s point of view, the biggest appear of the Rival Powered products is their incredible graphics and playing options. Rival’s games are built upon the highest of quality of animations and graphics, while the players will love a plethora of game controls and options that help them customize the playing screen to their own preferences.

Having announced itself at the brightest online gaming stage at the 2006 Global iGaming Summit and Expo (GiGse), Rival caught plenty of eyes from world’s top casino operators. More than a decade fast forward and Rival Powered may not be standing as the most prominent of names outside the United States online market, but it’s proven to be a reliable partner and innovative, forward-thinking developer of both products and services.

Rival games are available in eleven languages with no less than 52 casino clients around the globe. In recent years, Rival Powered have moved to upgrade their client service by introducing Live Chat into their lobbies, while at the same time adding mobile gaming to their portfolio. As the entire online gaming scene moves towards handheld devices and platforms, Rival is proud to be at the frontier with its plethora of games built upon a platform called Casino controller which packs a back-end consisting of thousands of pages of reporting and customisable functionality which casino operators are highly appreciative of. Rival works closely with its partners and strives to understand their needs in order to be able to nurture a long-standing, mutually-beneficial partnership.