Casino operators who are smart enough to look past the glitz and glamour of the online industry’s main stage will get a unique opportunity to work with some of the online casino software developing names that don’t hit the headlines that much but which are not an inch behind the leaders in the field. Online Casinos offering Merkur Gaming content are proven to be respectful of the quality, diligence and aspiration for greatness this German slot manufacturer represents.

Merkur Gaming is walking the online gaming path under the umbrella of Gauselmann Group, as the international sales and development brand of this worldwide recognised giant. For those of you who might be – by any wild chance – unfamiliar with the Gauselmann Group, let us just say that it’s a company which employs over 10,000 people is more than 40 countries around the globe.

An experienced member of the industry, Gauselmann Gaming has installed all of its leading principles into the Merkur Gaming branch to make sure this up-and-coming online gaming gem is sharing the same level of passion for innovation, while at the same time follows the tradition. Maintaining the made-in-Germany quality standards is a must for Merkur Gaming whose primary focus is on top-notch quality. As a casino brand launched in 1957, Merkur Gaming used years of gaining valuable experience to position itself as a respectable and reputable player in both the manufacturing segment as well as the online casino software world. Catering to both the land-based vertical and the emerging online segment, Merkur Casinos is fully encompassing the overwhelming scope of the market. 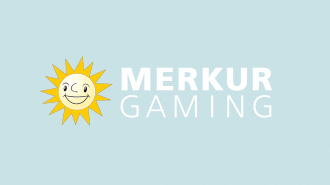 From the very moment Merkur Gaming started making strides in online casino games development, the popularity of its content with players and casino operators has been growing. Having introduced a series of lottery and server-based games Merkur Gaming saw its product introduced by not a small number of casinos. As a manufacturer best known for creating top-shelf land-based slot machines, Merkur Gaming is mixing the offline and online worlds. Its games are merely ports to some of company’s best searched for land-based slots which are currently generating quite an interest in online casino business.

All of the online gaming venues offering Merkur Gaming are well-aware that it’s games are fair and secure, with its products constantly audited by independent firms. Mercur Group is a proud owner of the ISO group certification – the coveted 9001 certificate which is said to be rather difficult to obtain. The slot game quality is another reason why more and more online casinos are choosing to add Merkur Gaming content. High-definition graphics, smooth-running gameplay and a selection of impressive bonuses and rewards are another huge selling point speaking in favour of this German-based firm.

The company’s well-established gaming portfolio consists of quite an extensive title list – linked predominantly to brick-and-mortar casino products such as cabinets and link solutions. Merkur Gaming is adapting to the newly-reshaped environment thanks to its high-quality slot titles which come with a huge variety of engaging features – one of which is the universally popular gamble feature and a ladder-climbing game which add the element of skill to the overall gaming experience here. Merkur Gaming supported online casinos will have a privilege to delight their players with an electric list of well over 200 themed online casino titles – all fully compatible with different platforms and devices. More importantly – most of them are available in stunning HD which will add a spectacular new dimension to your playing experience.

Gauselmann Group - Beware of the Giant

We already see a couple of raised eyebrows with the newest generation of players who won’t be that familiar with the name Merkur Gaming. The inconspicuous German giant is a proud offspring of the acclaimed Gauselmann Group empire which has been around for well over sixty years – developing the state-of-the-art casino products for both offline and online vertical. Initiated by Paul Gauselmann – the owner and the founder of the group – this German giants started writing its own history wild bold letters from 1974 when the first Merkur Casino opened its doors in Germany.

If you’ve ever visited this European country, the chances are you’ve ran across the Merkur Casino sign, especially in the Luebbecke area. The developing and manufacturing side of the story began in 1976 when Gauselmann obtained the license required to start producing its own software – which ultimately led to Gauselmann Group selling over 2 million real money slot machines domestically and internationally. Merkur is the owner of roughly 200 brick and mortar establishments in Germany and 75 more across the European continent. Stepping into the online gambling arena was only the next logical move for Merkur who is slowly – but surely – strengthening its position as the leading casino service and product provider.

The year 2017 was arguably the most important year in Merkur Gaming’s attempts to position itself as the online casino software leading developer. It was the year Merkur set foot into the Greek market, latching on the successful Bulgarian launch in the previous year.

Driven by player preference and high recognition of its brand, Merkur Gaming managed to meet and exceed expectations in 2017, when its sales team carried out a successful product campaign which encompassed all of the largest operators in the German Spielbanken sector. Multigames, tailor-made Jackpot solutions and other top-notch products developed by Merkur Gaming have redefined the company’s expectations.

Merkur Gaming first laid eyes on the online horizon back in the 90s when the company’s offering got extended by online variants. Merkur Gaming’s current suite of casino games focuses on slot game solutions, but also online Roulette and lottery-styled products such as Bingo and Keno.

The German giant did not step away from the physically tangible products and still proudly boasts its machine offering that’s most recently been upgraded with the Avantgarde Trio – a curvy, elegant and modern video machine which sets a high standard of integrated design, high definition visuals and embedded jackpot signage.

The opulent offering of slot games is continually updated by new titles, whereas the link solutions keep taking Merkur Gaming back to its roots thanks to the products such as Avantgarde Magie – a two-station M Box 7-level link Progressive which features German domestic games in HD.