WGS Technology has been in the game manufacturing business for decades. Today, only a small number of selected casinos feature its content, and that is not a coincidence.

We took up the task of reviewing both the provider and top casinos where the content is featured because we know that the sheer number of casinos and games that exist today baffles everybody. No matter if you are a seasoned pro with a lot of experience, or a complete newcomer in the world of online casinos, finding a suitable venue and content might prove to be difficult. That is precisely why we are here to assist you in your search.

WGS Technology has been making games for decades. To be more precise, its career spans 20 years, and in that time the provider managed to amass a great number of exquisite games and is the proud part of a host of fruitful collaborations. However, the name of the company has changed a couple of times, but as of 2012 we know and cherish it as WGS Technology. 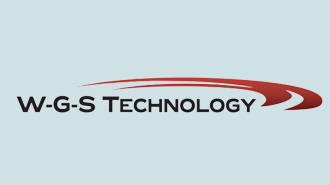 Finding a reliable casino venue that you can trust is often a strenuous task. There areseveral key aspects to pay attention to, and for a regular player, it is difficult to actively remember what to look for when choosing a venue. Thankfully, BestCasinos is exactly what you need for that. Reviewing casinos is our job. We try to cover not only the basics but also the hidden details that can often be overlooked. With that in mind, we analyzed the data about top casinos that support WGS Technology and formed a list of casinos that are reliable and trustworthy, because your security and satisfaction are our two main priorities.Have a look at our list of WGS Technology-powered casinos where, hopefully, your new favourite casino is waiting for you to discover it.

Slots are certainly the most sought-after category of casino games. You won’t find a casino player that hasn’t ever played at least a spin or two in his gaming career. Therefore, most providers have libraries brimming with slot machines of various types or even go as far as specializing in creating precisely this type of content. Nonetheless, that doesn’t mean other games are not popular as well. In fact, table games such as Blackjack and Roulette grace the lobbies equally and attract a wide audience on their own. WGS Technology’s library is filled with premium slots, as well as video poker, Blackjack, Roulette, Craps, Baccarat, and progressive titles.

Triple 10x Wild
There will always be hard-core gambling devotees who like a spin of a traditional ...
Software:
WGS Technology
Reels:
3
Paylines:
1
RTP:
N/A
Volatility:
High

The provider that we know as WGS Technology officially appeared in 2012, but that was not the actual beginning of its career. Namely, WGS Technology is one of the providers with the longest careers in the gaming industry. Its career began back in 1996 as OddsOn Gaming, and in 2005 changed its name to Vegas Technology Casino Software. After a couple of years, the company decided it was time for “fresh blood”, so it underwent a complete transformation out of which it emerged as WGS Technology. When the transformed WGS Technology returned to the industry with new content, it immediately established connections with a host of new casinos. More than half of those casinos belong to a cluster, as they are all owned and operated by Deckmedia N.V. Casinos. The most famous casino that is completely powered by WGS Technology is the outstanding Miami Club casino, while players from the USA especially love visiting the Red Stag casino.

The illustrious combination of slots, roulette, blackjack, and similar intriguing casino games from WGS Technology delights everyone. Granted, some of the games may look a bit dated, but effectively they are outstanding. The great thing about these games is that, even if you have an older version of PC or mobile, all games will load instantly as they are not so demanding. The casinos that collaborate with WGS Technology are highly praised as venues where the quality of the content perfectly rounds up the entire casino experience for the players.

The Mobile Technology of WGS

The mobile version of the casino is instrumental for the expansion of its audience. WGS Technology makes games that can adjust to any casino and any platform. Built on HTML-5 cross platforms, the entire collection of games can be accessed via iPhones and Android phones, as well as other devices such as Windows and Blackberry phones.

Living in the era of instant entertainment, having to wait for games to load and only on PC devices is not something players are keen to do. WGS Technology mobile games can be both downloaded or instantly played. If you opt for instant play, you will not have to worry about loading because the cutting-edge technology WGS employs allows for seamless play without any hassle.