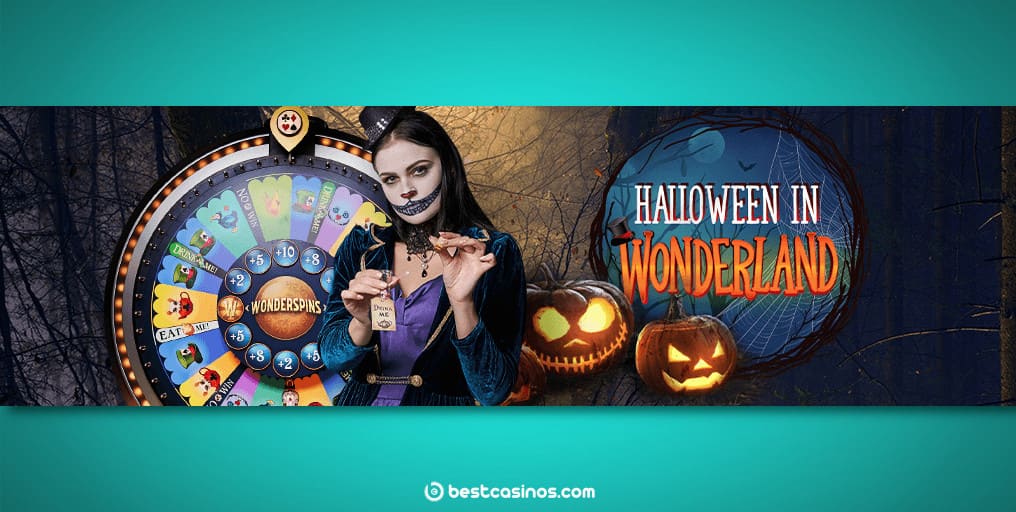 Playtech Launches a Halloween in Wonderland Promotion Worth €50,000

It’s spooky season, guys, and even Playtech is getting into the spirit. Playtech, the massive gaming content supplier, has launched a network promotion where you can win massive daily rewards by playing live games. The Halloween in Wonderland has begun, so let’s hunt for spooky rewards!

The Spooky Adventures Beyond Wonderland

Ladies and gentlemen, we are getting closer to Halloween. With each minute that passes, we are one step closer to the spooky holiday – and to the end of Playtech’s new promotion.

What’s that? Playtech has a new casino promotion? Yes, sir! The ingenious live content creator has launched a brand-new casino promotion featuring its popular Adventures Beyond Wonderland live show. Players are invited to join any Playtech casino and play the game. The prize entails massive cash gifts that together comprise the €50,000 prize pool. Let’s see what promotion rules you have to have in mind before participating in the deal.

The promotion lasts until the last day of October. Visit Adventures Beyond Wonderland every day during Promotion Hours and win a random cash/chip prize.