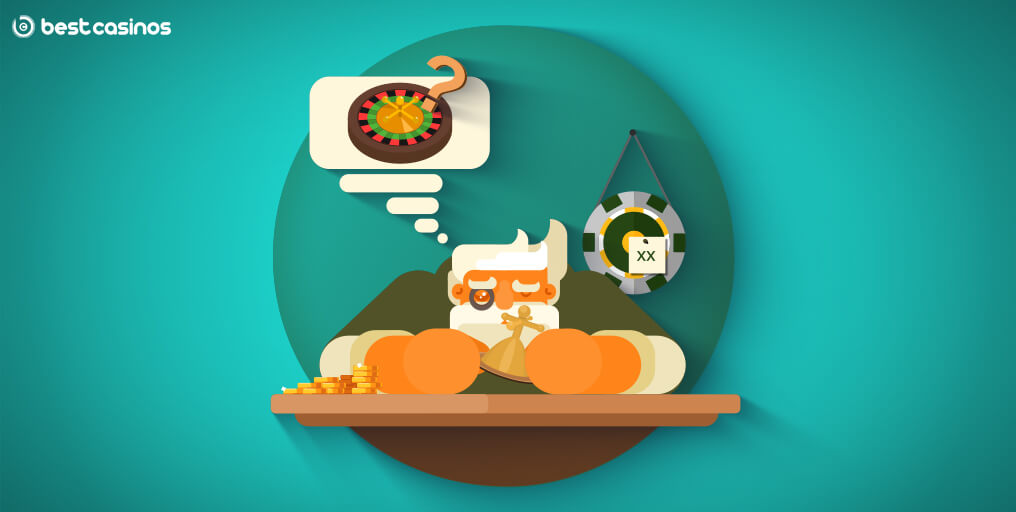 Roulette Basics – Understanding the Wheel and the Table Layout

To dance with the Devil, you must know the rules to the game.

We are here to help you comprehend the basics of Roulette, and teach you how to use the knowledge to your advantage. After reading this manual, you will be thoroughly informed on the nub of the matter.

The History of the Roulette Wheel

The dual nature of Roulette is seen in its simplicity that is somehow still hard to master. Likely that is why this enigmatic game remains one of all time casino favourites.

The game commences when the croupier (or, dealer) spins the Roulette wheel anti-clockwise, and then twirls the ball in the opposite direction. The ball then starts spinning, and after a few hops over the diverters, it rests in one of the pockets.

Roulette translates from French to little wheel, and it originates from that European country. The prototype of today’s gear is believed to have been invented by the physicist Blaise Pascal when he was attempting to design a perpetual motion machine. Allegedly the 17th century was the spring of the modern day game, but it had not reached its current form before the last decade of the 18th epoch.

America first saw Roulette in its time of prosper of its industrialisation, around the year of 1850. The initial shape of the wheel contained numbers 0 through 28, plus the double zero and the country’s Eagle. The national bird was soon removed from the board, leaving only the numbers, which is the form the wheel retained to date.

How Is Roulette Wheel Structured?

When you look at a Roulette wheel, the order of the numbers might seem random. That could not be farther from the truth though.

The position of every single number is there strategically. Two odd numbers are always followed by a pair of even numbers, and the pattern repeats itself full circle. For instance, looking right from 00 in American Roulette will show the following order: 1, 13, 36, 24, and so on. Another division seen in the structure are the low and high categories. All numbers going from 1 to 18 are called low, whilst 19 through 36 bear the title high. A full size Roulette wheel is today spread across 81 cm in diameter and is located on the dynamic wheelhead. The revolving part of the framework consists of the cone, which is the area surrounding the spinning mechanism. It is furthermore divided into three smaller segments: the height adjuster, the turret base and the turret. The turret has a decorative role and could be seen as the cherry on top of the Roulette wheel. The wheelhead is the place where the pockets are situated. More about the sizes of modern wheels and their manufacturers can be found in the last chapter of this review.

As far as the static department of the wheel structure goes, it is made of solid wood with small details made of plastic in certain cases. The bowl rim is the outer layer of the construction and it surrounds the ball track. This is the area in which the croupier spins the Roulette ball. The centre of the inner rungs hosts the spindle, which serves as the basis for the moving mechanism added on top of it.

This one is more of a fan fact, but quite handy if you are a passionate Roulette player. The concept was introduced when players started noticing that certain wheels had the tendency to host the same number or numbers in a row, allowing participants to win more easily and more frequently.

To date, there are a handful of them in brick-and-mortar casinos worldwide, but for purposes, no such thing can appear in virtual Roulette or Live Roulette where wheels are controlled by the Random Number Generator (RNG).

The Physics behind the Roulette Ball

The Roulette ball is made out of white ivory or delrin material (polyoxymethylene, or acetal), while some manufacturers have them in nylon. In most cases the ball is 1.91 cm in size, but 2.06 cm and 2.22 cm may occur in particular situations as well. As for the speed of the ball, typically it will make between 20 and 25 revolutions, and around five in short spins when the betting activity is not high.

The constructive substance itself is the reason for the ball’s liveliness on the wheel. Liveliness of the Roulette ball is determined by the quality of its bouncing, which exceeds our expertise. We leave the measuring to the experts. Be that as it may, the general rule of the thumb goes: the livelier the ball, the harder it is to predict where it will land. Nevertheless, the rule is flawed; if the ball is one bit too lively, it could end up bouncing out of the wheel. Needless to say, it had to happen a couple of times to learn the lesson.

Another interesting casino practice is called ball switching. This fairly new approach one is implemented in cases when a player gets one too many successive guesses. The logic behind the tactic is to break the player’s lucky streak and affect his or her exuberance. Lastly, using the ball for unfair purposes is possible. This is call ball aiming, and the protagonist’s role is taken by the croupier. In a particular instance once the wheel is spun, and starting the ball in a particular spot could potentially make the ball land in a specific spot. This practice requires months of practice and is in fact unethical, but you should be aware that it exists.

Years of specialisation have allowed scientists to claim that the chosen dimensions and material used serve the purpose best. As the ball loses momentum, the circumstances of its assembly will let it land more smoothly.

How Many Numbers Are There on a Roulette Wheel?

First things first; there is no such thing as a Roulette wheel. There is a few of them, and they each require separate addressing.

The evolution of the classic game has done wonders to its qualities. To date we differentiate between a few basic Roulette variants. They are essentially the same game, but some crucial elements vary. For the time being, we will be focusing on the European Roulette wheel and the American Roulette wheel.

The most prominent difference between the two is the quantity of pockets. The Devil’s game has seen plenty of changes since its conception in the 18th century to current date. Briefly put, the most noticeable dissimilarity lies within the number 0. The European (as well as the French) Roulette sees 37 coloured and numbered pockets, whilst the American variant possesses 38. The extra pocket is the infamous double zero (00), which, not so surprisingly, affects players’ strategies upon placing of the bets significantly. Digits going from 0 to 36 the two editions have in common. To avoid confusion, the zeros are now tinted green. This was a typical instance of trial and error, as the history of the game has seen the zero pocket black back in the day. Luckily, experts and strategists have meddled and made the drastic change.

How to Adapt Your Tactics

Speaking of techniques, the amount of pockets necessarily impacts one’s approach to the game. Why? – You might be wondering. To explain this phenomenon, we need to get our hands dirty with some numbers. Namely, taking either inside or outside bets on its own will have a different outcome. Can you imagine what would happen when an extra pocket is implemented? That is American Roulette for you.

What comes as a result of the firstly mentioned point is the order of the placement of the pockets. As we have already tackled in our beginners’ guide through Roulette, the arrangement of the wheel pockets differs, vitally influencing the way we assess our gambling methods. It is important to note that the zeros are considered neither odd nor even.

Every land-based Roulette table is covered with a green carpet-like material, and the virtual counterparts mirror this concept. The coated betting area is called the layout. As you have learned by now, the European variant boasts one zero, while the American edition goes with an additional double zero as well. However, that is not where the differences end. The position of the wheel varies depending on the variation.

Nevertheless, the former style is kept in most casinos, both online and offline, whereas the latter is still commonplace in Monte Carlo.

The board is designed in accordance with the two major bet types. Inside bets are placed in the inner department of the layout, whereas the outside section corresponds to outside bets. Bets are further divided into odd/even, high/low, red/black, dozen and column bets.

Let me tell you why a majority of players go for European Roulette (ER). I am not telling you to give up on American or other Roulettes, but you should take all factors into consideration. Namely, the European-style game offers better odds, due to the lack of an extra slot. American house edge stands at 5.26%, which does not particularly play in your favour. The fact that there is a single zero in ER lowers the built-in house advantage to 2.70%.

We would not have Roulette s it is today if some masterminds had not been there for decades to make the best Roulette tables. We will tackle three names of mechanical wheel designers:

The trio is well known for traditional Roulette design and is basically the Stradivari of the casino world. The holy Roulette trinity has started their businesses in the 20th century, with Caro being the eldest of them.

It was established in 1920. Wills got the cue and was founded in the 1960’s, whilst Huxley took over the scene in 1979. However, Cammegh is the one to rule the land-based casino world, with over 90% global casinos offering their tables. Their modernised, immaculate design, and the designers’ keen eye for detail has gained popularity among players, which is why Cammegh tables remain favourites.

To wrap up these guidelines properly, all that is left to say are the suppliers that provide the best online Roulette tables. For ultimate entertainment while enjoying complete safety and security, our recommendation list follows:

Some of the best casinos to play Roulette at can be found here in our Top 10 Online Casinos list.