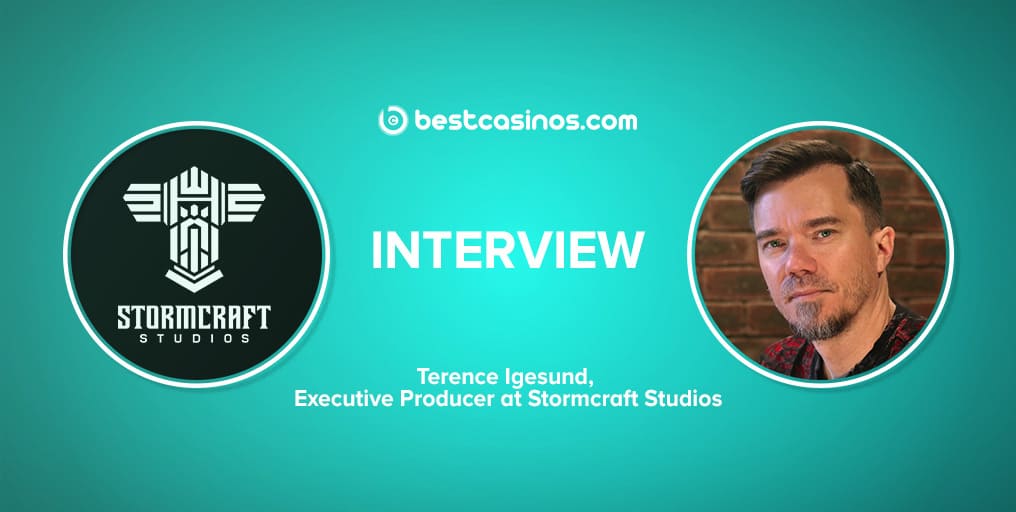 A bright star in the constellation of Microgaming’s studios, Stormcraft Studios is known throughout the industry as one of the most creative and hardworking providers you will ever come across. Its games ooze perfection, and if you ever wanted to see how the team does it, now is your chance.

Meet the visionary behind Agent Jane, Thunderstruck, and Fortunium! He has been an irreplaceable member of Microgaming’s entourage for over two decades. He now leads Stormcraft Studios, one of Microgaming’s most successful independent studios. Ladies and gentlemen, meet Terence Igesund, Stormcraft’s Executive Producer.

Thank you so much for the opportunity. So, I have been designing games for Microgaming since the early days of the internet, over 25 years now. Over the years, my team and I have had the privilege to work with some awesome licensed brands, like Tomb Raider, Jurassic Park and Game of Thrones, to name a few. We have also originated many successful slot brands for Microgaming, like Thunderstruck  and Thunderstruck II 2, Immortal Romance and Mega Moolah. Stormcraft is a multidisciplined, multinational collection of people from around the world, with our HQ located in South Africa. Collectively, we have over 500 years of industry experience in the studio and produce everything in-house.

We are very grateful for the support and encouragement that Microgaming has provided Stormcraft Studios since its inception. Our first official game, Fortunium, was showcased on the Microgaming stand at the ICE London tradeshow in 2018. The following two years at ICE we were invited to display our games on the Microgaming stand, which was a great privilege for the studio and afforded our games a significant industry visibility and attention.

Besides the years of industry experience, what differentiates Stormcraft from the competition is the care and attention we give to the quality and craftsmanship of our products. We build narratives around charming characters and entertain players with engaging features and mechanics, supported by captivating music compositions. At Stormcraft, we don’t just make slot games, we design memorable gaming experiences.

Innovation is actually one of our core values and is not limited to game mechanics I might add. Another core studio value is craftsmanship, which speaks to the care and consideration we give to all aspects of our products. Last but not least is the value of entertainment, which reminds us that we are in the business of making games that should be fun, engaging, and above all… memorable.

Fortunium was the perfect debut release for us in that it embodied all of the brand values of a Stormcraft, namely Innovation, Craftsmanship and Entertainment. Our game design is driven by strong characters with engaging narratives and backstories. The game introduced Victoria, an intrepid explorer and captain of a fleet of airships, as well as Maximillian, a famous inventor of mechanical marvels… as the founding members of the fabulous golden city of Fortunium. 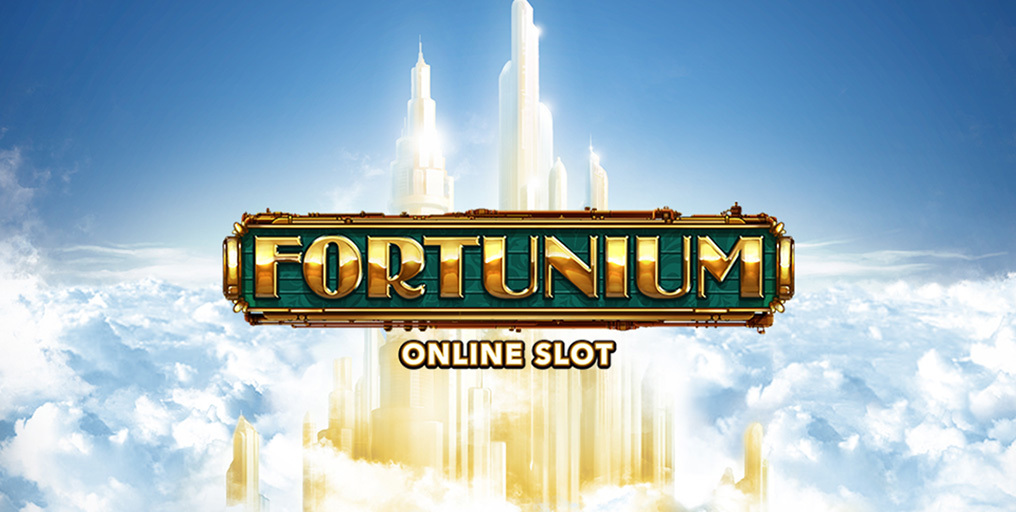 The original Agent Jane game was in fact a clone of Thunderstruck, which I designed in 2003, which certainly contributed to its popularity back then. I always had plans to bring Agent Jane Blonde out of retirement, giving her the makeover she deserved and sending her back out into the field.

The game was strategically designed as a low volatility slot what operators could use as an acquisition tool to onboard new players and ensure they had a positive experience. Two years later the game is still featured on many operators’ home pages and marketing campaigns, which keeps the brand of Stormcraft visible and relevant to players and operators alike.

“From the concept sketches and maths modelling, through to development and marketing strategies, all facets of the game are carefully considered with quality assurance done at every point in the process.”

We came up with the idea for Fire Forge while working on the music for Thunderstruck Wild Lightning.  Seeing the trend and popularity of highly volatile games with big win potential, we decided that it was a good time for us to add this type of game to our portfolio.  The game’s user experience was carefully constructed to tease just enough and at the right time in the game to create a really entertaining and compelling experience. 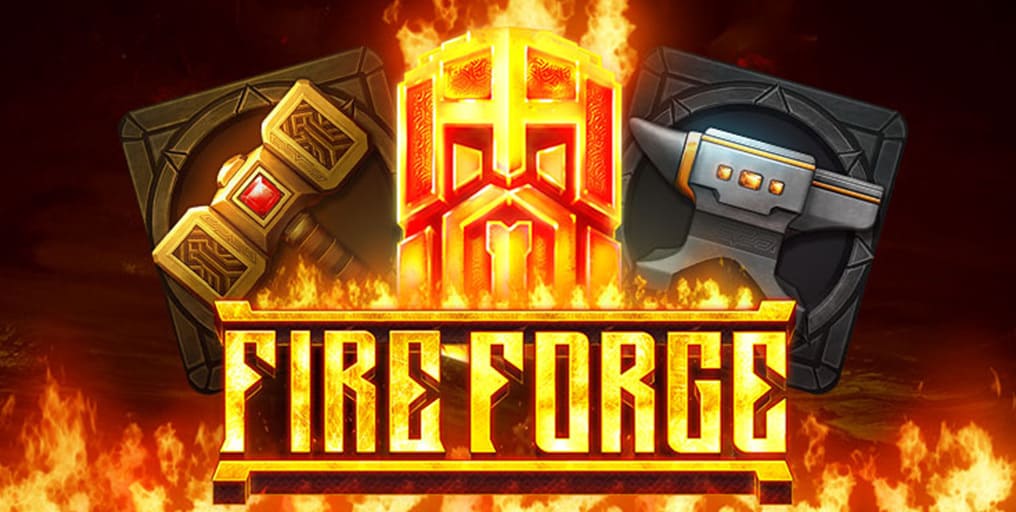 As previously mentioned, craftsmanship is one of Stormcraft’s core principles which applies to all aspects of game creation. From the concept sketches and maths modelling, through to development and marketing strategies, all facets of the game are carefully considered with quality assurance done at every point in the process. Depending on the business objectives of the project, a game can take several weeks or several months to create, from concept through to delivery.

Yes, I think my team would say that I might be too invested 😂. Each game in our portfolio is special to me for different reasons, so it is really difficult to pick a favourite. That said, I will say that working on Thunderstruck Wild Lightning has been so much fun, especially creating the narrative and backstory as well as writing the lyrics to the original soundtrack.

Thunderstruck Wild Lightning is a high volatility 40-line, 5×4 slot loaded with collection challenges, feature chases, amazing multipliers, and bonus jackpots. Thor is wild and when substituting can award a 2x or a 5x multiplier to help boost win potential. His hammer is the scatter which awards entry to the feature selection screen where five free spins destinations, with variable volatility, are waiting to be unlocked. Electric blue Thunderball symbols scattered across the base game reels provide clues to the location of the main event, where an impressive jackpot prize of over 15,000x is waiting to be won in the Link&Win bonus feature.

A special addition to the game is a selectable playlist of five songs which is available in the base game for players to customise their gaming experience. Thunderstruck Wild Lighting is less of a sequel and more of a reboot of the franchise, which has resulted in the creation of a visually spectacular gaming experience filled with all the innovation, entertainment and craftsmanship that has come to be expected from a Stormcraft game. 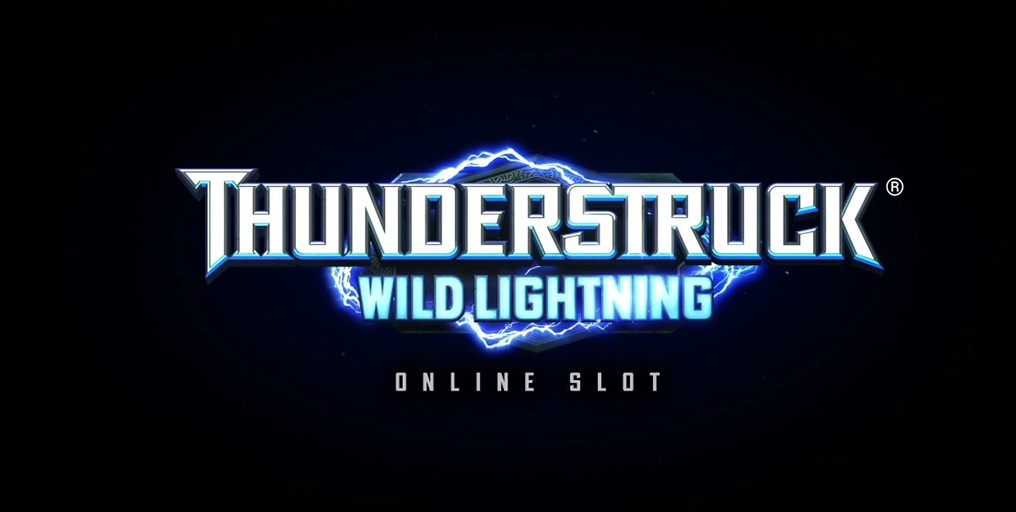 So, after Thunderstruck Wild Lightning launches in a few weeks, we will be sending Agent Jane Blonde out on another exciting mission. After that, we have something really special in the pipeline, which is a high-profile movie brand that Microgaming has previously collaborated on with NBC Universal… more than once. That’s all I can say at this point.