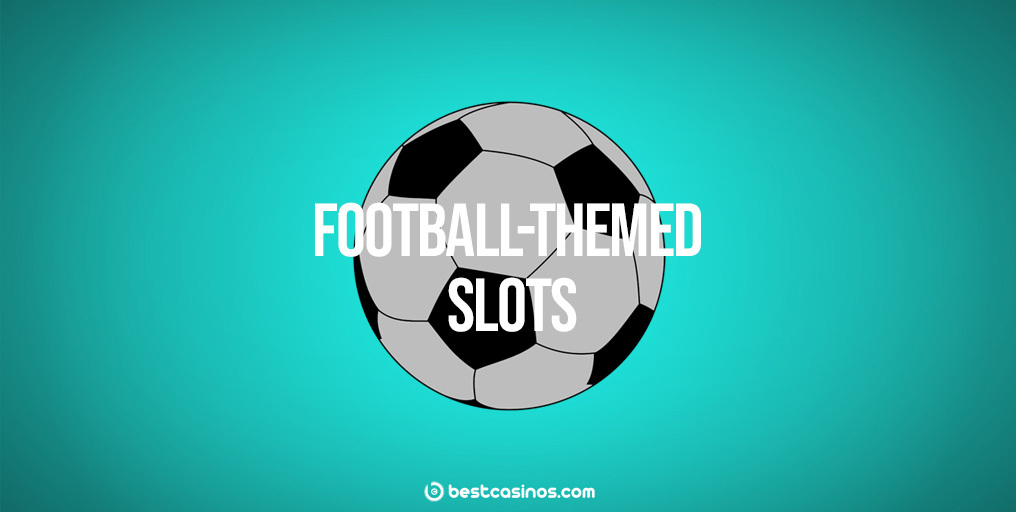 Football is the most popular sport in the world. It’s not an exaggeration – just look at the number of football-themed slots, video games, and the live dealer shows that have appeared this year!

If you are into football-themed online slots, you will undoubtedly have an abundance of choices across the gambling industry. But do you want to know which games are considered the best soccer-themed slots? Scroll down to see.

Before we jump into the football lingo and explain details about our favourite games, here’s an overview of the games we are about to cover.

Are you ready to start this match? Ready, set, go! 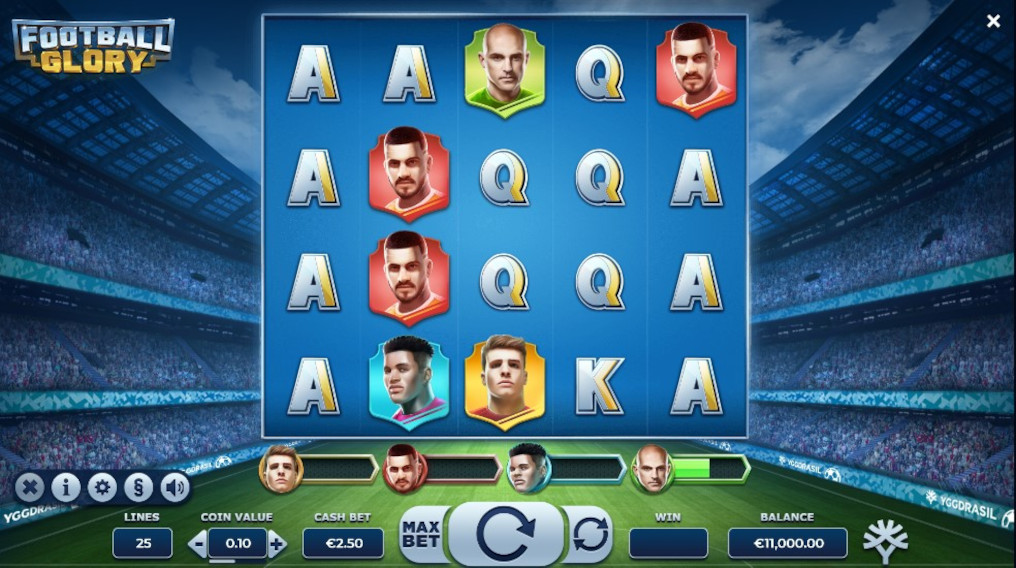 A few things to point out before we continue: all these games feature similar icons. Hence, we won’t get into details like symbols or the background – unless it is important – because the theme is football. So, everything that you see is obviously related to football.

Now that we cleared that up let’s talk about Yggdrasil Gaming’s Football Glory. This remarkable video slot is one of the newer releases. It came out in August of 2020, immediately wowing all sports fans who enjoy playing Yggdrasil Gaming games.

It’s a 5×4 game, although it might seem like a 5×5 for an instant when you first open the game. Below the grid area, the supplier put four characters – football players, of course – with their respective progress bars. These bars are part of the feature Free Spins. Fil the progress bar with Football Glory and enter the gratis round. If you are lucky enough to fill all four progress bars, you’ll get directly into All-Star Free Spins, where every player is in Superstar mode. 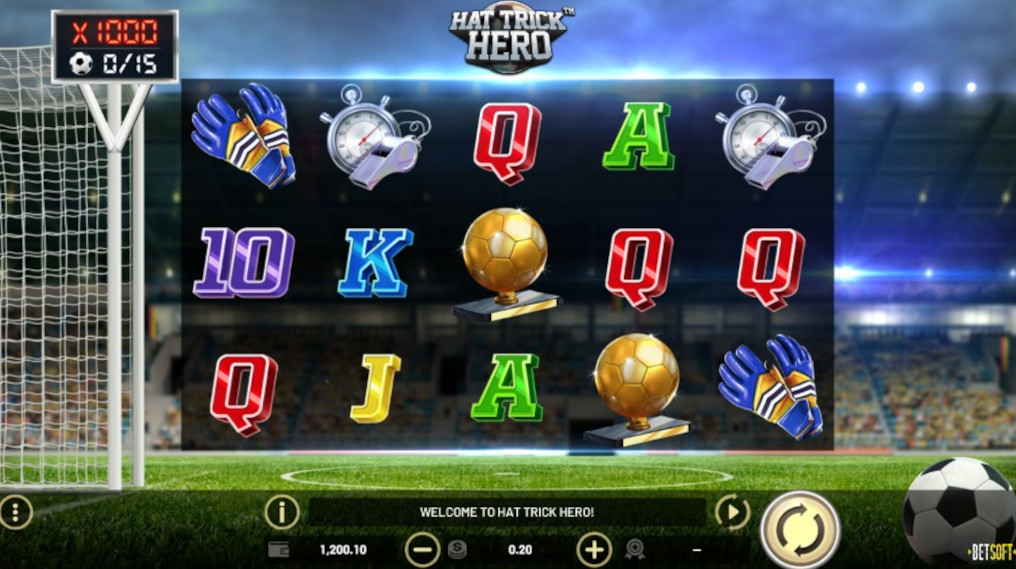 Betsoft’s Hat-Trick Hero video slot has it all – a net, a ball, a wide field, and 5×3 play area. The only thing it could possibly need is a goalkeeper, and it’s up to you to fill that position.

The game’s main icon is the Power Shot Wild, which triggers amazing features and keeps the adrenaline high. Claim three of these Wilds, and you’ll get an instant ticket entry into the Hat-Trick Hero event. Do you wonder what is that? Wonder no more – it’s the game’s titular feature, meaning it is one you should focus on the most.

Score Meters, Power Shots, and Wilds that change places are just some of the things you will see while attempting to score a goal. Believe us, it’s quite entertaining, as there is always something happening on the reels.

The 2021 release features 5 reels, the same number of paylines as Football Glory, and 96.23% RTP. Moreover, the maximum payout for Hat-Trick Hero is 1,260x the stake. 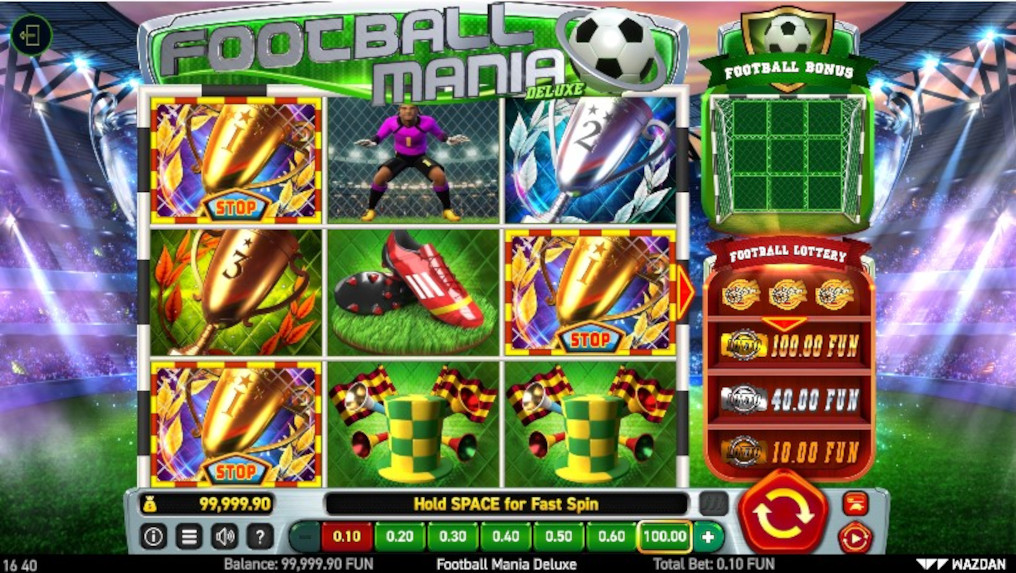 The third game on our list comes from Wazdan. Wazdan, as one of the top game providers in the industry, is quite creative when it comes to slot themes. This sports-themed Football mania Deluxe slot is a perfect choice for the provider’s creativity.

Wazdan has several football-themed slot games, but Football Mania Deluxe is a top pick for many players. Or better yet, the crowds are going mad at the sight of this game! Wazdan took the original Football Mania release and upgraded it with a couple of details to make a perfect game for football fans.

In the game, you have a chance to pick icons you wish to stay on the grid for a spin, and while the Football Bonus Matrix Table on the right collects balls to launch you into Free Spins. There is also the Football Lottery Bonus, which adds spice to the overall slot. A truly innovative game that will keep you entertained for hours. 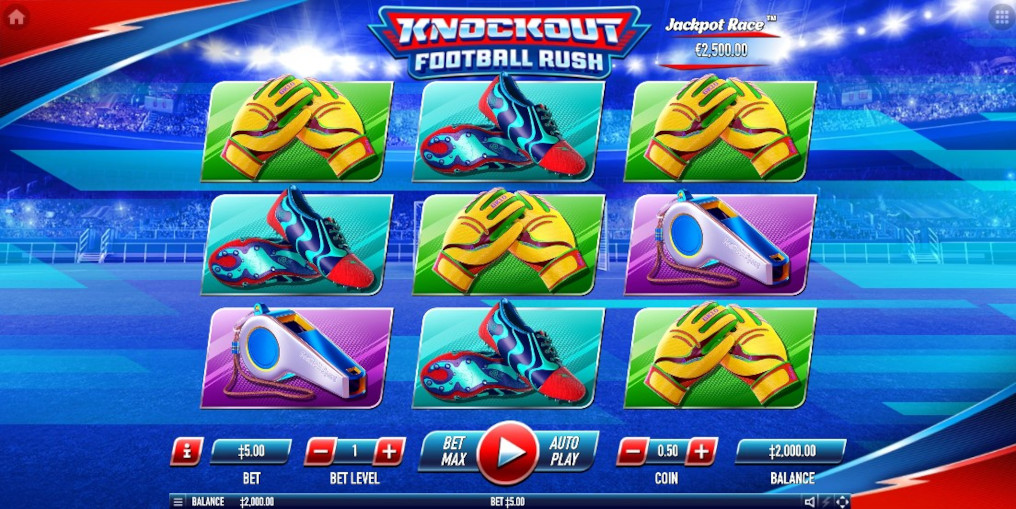 Knockout Football Rush is a slot that was made after Knockout Football became a great success. Habanero wanted to bring football fans closer to the real experience with the new slot by combining crisp graphics, great slot features, and the atmosphere found at colossal football fields.

The main two features are the random Penalty Kick feature which scatters Wilds across the board. The Wilds move on the board by 1 position up with each round until they disappear from the grid. However, the best thing about them is the win multiplier. If you have 3 or more Wilds on the screen, the win will be multiplied by 2x. If you have 9 (the entire grid covered with Wilds), you will get a 60x multiplier.

The crowds chant as you spin the grid in hopes of reaching a big win. The game pays both vertically and horizontally. 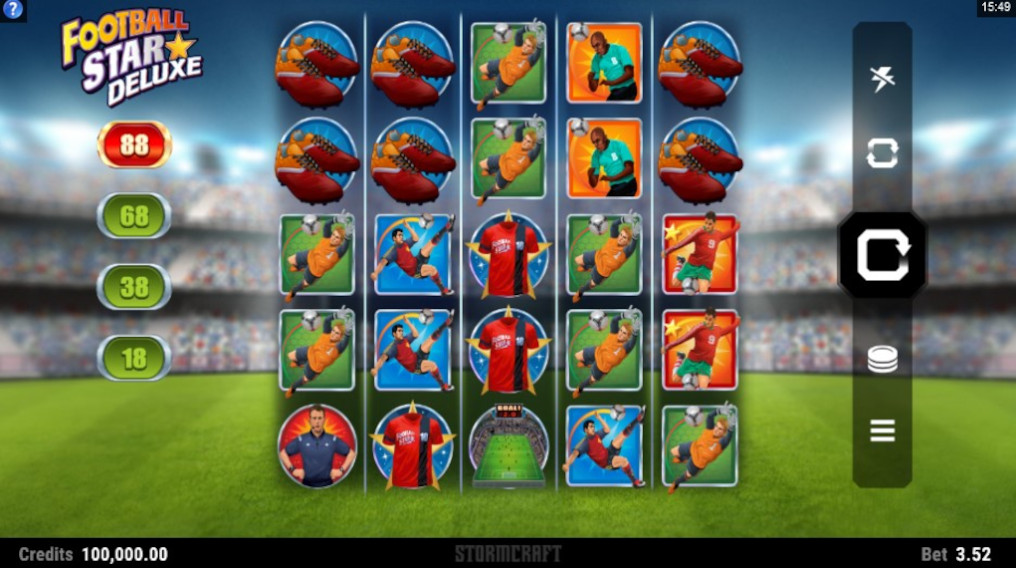 Unique points about this game include a variety of paylines to use during the rounds, the Rolling Reels™, Growing Wilds™, a Multiplier Trail, and Free Spins. Additionally, the 5×5 game rolls 25 icons per round, and if some land in a winning combo, they disappear from the grid to allow other symbols to fill their positions.

However, the choice between four different payline options allows the players to use skills to increase winning chances. The paylines on offer are 18, 38, 68, and 88. The highest number of paylines turns on the highest RTP rate in theory.

Did you like our top 5 football-themed slots? Great, you can find and play them in any of your favourite online casinos! But you don’t have to stop with slots. There is a plethora of other casino games with this unique topic that you can explore and enjoy. Take Evolution’s Football Studio or Playtech’s Football Roulette Live and European Football Roulette as examples!

Your options are limitless, especially if you are a fan of sports. Check out our other game reviews in the game section or pay a visit to our top casino review to see where you can play football-themed slots. Drop us a line in the comments if you want to share thoughts with us as well.