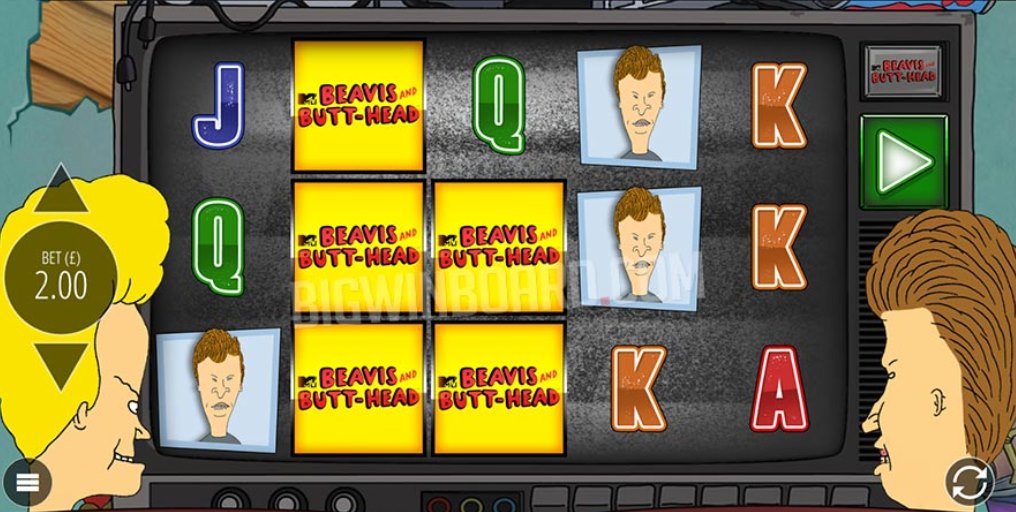 The ultra-famous sitcom is back.

Fans of the show that aired back in the ‘90s arehere again, but this time in the form of a video slot. Blueprint Gaming, the premium provider which is part of the Gauselmann Group alongside Merkur Gaming, has just announced its international release.

With several modifiers and features, the Beavis and Butt-Headslot is just what we need right now.

A Blast from the Past

Blueprint managed to bring back to life everything that we loved about the show. The two main characters sit in front of the TV switching channels and being ever so obnoxious. The TV is the reel set, and one of them changes the channels, i.e. spins.

From the onset, this might seem like a regular video slot. But, when one of the random modifiers shows up on the screen, you will realize that there is more to reveal about this game than you previously thought.

A Blast in Any Case

Each of them appears completely randomly, so you never actually know when you can be hit with a Giant 3×3 Wild or Cornholio Wilds that stretch over one single reel.

The inclusion of so many different modifiers ensures unique experiences for every gaming session. Along with boosting your bankroll, modifiers can help you get to the Bonus round, where you again have several different choices to pick.

Six different bonus games exist. You will be able to choose 1 of 6 tiles, and if you don’t like what you have obtained – you can pick again. To name a few, there are To B or Not to B, Don’t Be a BuzzKill, Customers Suck!, and Just Deserts Big Money. In most of these special rounds, you acquire cash by interacting with characters or spin Free Rounds and collect other prizes.

With 5 reels, 20 lines, and medium-high volatility – Beavis and Butt-Head are back in full technicolor!