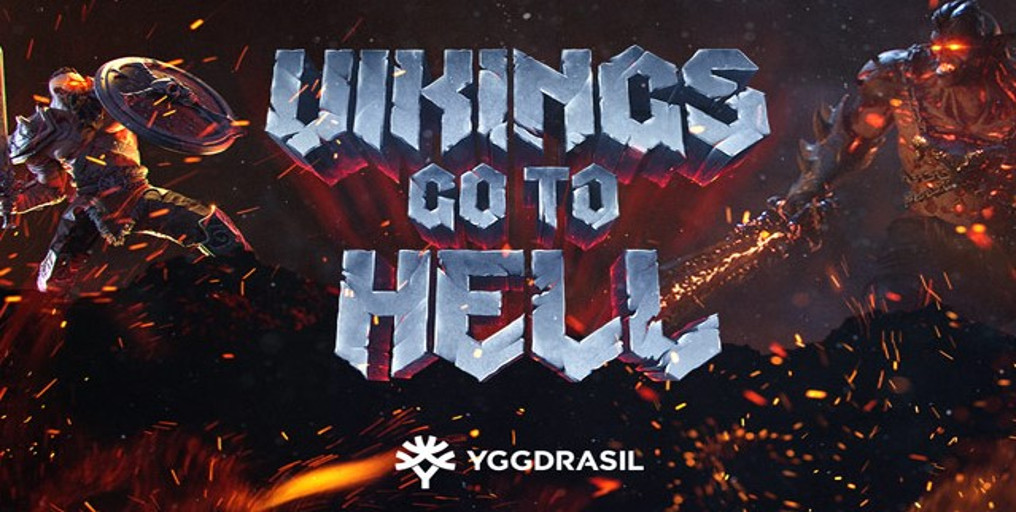 The long-awaited blockbuster is near and we simply can’t wait for the Yggdrasil Gaming to release this awesome slot game called Vikings Go to Hell!

The third installment of their Vikings series will be live in May, and after the battle against the terrible sea monster in Vikings go Wild and the quest for the treasure in Vikings go Berzek, four warriors are about to discover the underworld in Vikings go to Hell.

Yggdrasil announced the game at the ICE Totally Gaming in London in February with a cinematic trailer fit for Hollywood.

Apart from the immersive base game, at the heart of this slot are the free spins rounds where players descend deep into the hell to take on demons and win huge prizes. If you defeat the Lord of Chains, you go even deeper for a second free spin level and to fight the Lucifix himself and finish the fight off in the Berzek round.

This Norse-mythology theme has the hell setting with flames in the backdrops and Vikings and their weapons as symbols. This 5-reel, 4-row slot offers 25 paylines and is available on all devices from 10c to €100 a spin.

As players start spinning those reels, they start collecting rage points starting with 150 points for a Viking. The points are collected with wilds that are obtained after a battle is won or via the base game treasure chest. The treasure chest appears only on reel number 5 and rewards the player with Epic or Good Tablet that lead to different number of free spins, rage points and coins.

Apart from the very action-packed base game, there is another reason for this slot to amaze the players.

The slot comes with three Free Spin modes that can be activated in various ways. First level is triggered by landing 3 or more Free Spin symbols and awards you with up to 16 free spins. In this mode, the Lord of Chains appears and fights with a random Viking. The second level is all about the fight with Lucifix and it can bring you 3x multiplier to the total winning from the free spins round. And last but not least, the third level is triggered when you collect 300 rage points on one Viking.

This Berzek Free Spins level turns the Vikings into sticky Wilds and applies 3x multiplier to your wins for even greater prizes.

Known as the innovative creators of slot games, Yggdrasil will take their players to the depth of the underworld. The fearless Vikings are back for their greatest battle ever. Join these Nordic warriors on their adventure as they fight the demon hordes of the underworld and win some whopping prizes on your way.