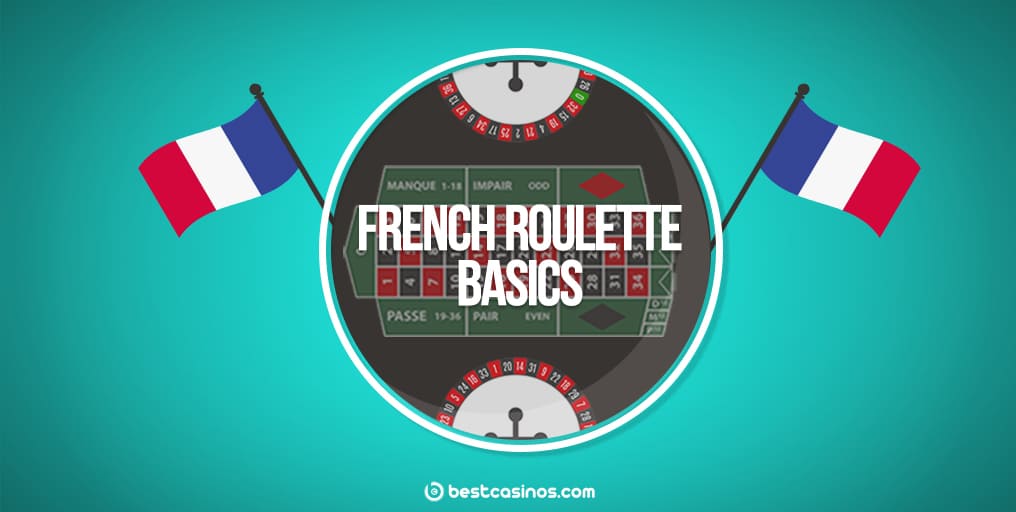 Roulette has many variants, each with a unique set of rules and layouts. The choice between so many versions may be confusing, so it is paramount to find one that favours the players rather than the house. So, have you ever played French roulette?

If not, now is the time to learn how! This article will show you what French roulette is, how to play it, and its main perks. Get ready to spin the wheel of one of the best player-oriented games in the casino lobby. Ladies and gentlemen welcome to our all-encompassing French Roulette guide.

What Is French Roulette?

Roulette fans are well aware that their favourite gambling game has many faces. The subtle inclusion of more than one zero alters the ball’s whirl and affects every player’s destinies at the table. French Roulette sticks to one zero only, which is already a sign that it suits the players more. But what is French roulette really?

Other than that, the French variant might include a unique layout, where the position of the bets is different than with other variants. However, that does not change the wagering options – the full suite of regular roulette bets is there.

Bets & Payouts in the French Variant

The single zero and the two special rules make French roulette the variant with the lowest house edge. Namely, if the table does not feature La Partage and the En Prison, the advantage would be 2.70%. However, the two rules slash it down to 1.35%. We will show you the full set of wagering options and payouts in French roulette in the following table.

As you can see, the wagering options are not different from other variants. Moreover, even the payouts match. However, to an inexperienced punter, the mere sight of the layout in French may cause confusion. One specific example is the Dozen bet, which is generally labelled as 1st, 2nd, and 3rd. In the French variant, you will see the P12, M12, and D12 which stand for Premier Douzaine (1-12), Moyenne Douzaine (13-24), and Dernière Douzaine (25-36), respectively.

How to Play French Roulette

If you know how to play the European variant, you don’t have to worry about learning the ropes of this variant.

However, it is important to note that, on the outside, the game looks like a carbon copy of its European and American cousins. But only when you start playing can you realise the potential this variation has. And that, ladies and gents, has everything to do with its unique rules.

Thanks to the En Prison and La Partage rules, the house edge in this variant is significantly lower than in other games. So, if you want to play the best version of the wheel-spinning game in your favourite casino, we suggest learning how to use La Partage and the En Prison rules to your advantage.

La Partage rule is all about sharing. In fact, partage in French means “sharing”. The rule states that a player receives half of the wagered amount in the event of the ball landing on zero. However, this rule applies only to even money bets (bets that pay 1:1).

On the other hand, En Prison is there to give you another chance to wager. Again, if the ball lands on zero, you have an opportunity to repeat your wager without losing the funds. It is like a Respin in online slots, kind of. It also applies only to even-money bets.

Both rules cut down the edge to 1.35%, but there is a catch: you cannot use both simultaneously. Most tables will offer you a choice between them, and you have to pick the one you want more.

Here is an example:

Let’s say you have wagered €10 on Noir (Black). The ball lands on the zero, and the dealer asks you to choose between La Partage and En Prison. If you pick the former, you will receive back €5. If you select the latter, the dealer will mark your wager and copy it on the next round, in which case you do not have to wager €10 again. Instead, the first wager will be valid for the second round as well. If you win, you get the total payout, and if you lose, you lose the bet.

Is European roulette the same as French roulette? What are the differences between French and American roulette?

Let’s start by distinguishing between the French and European variants.

The differences between the American variant and this special one are even greater.

Experienced gamblers look for ways to push their advantage in plenty of ways. However, you don’t have to be an advantage player to know that picking the right table already gives you a head start.

In fact, ask anyone, and they will tell you that choosing a roulette table with a lower edge (and fewer zeroes, preferably only one) is the first step in securing an advantage over the house. With a lower house edge, you have more chances to win a bigger prize, which is the ultimate goal in every gambling game ever. So, we can safely say that tables using La Partage and En Prison are more player-oriented than other variants.

You don’t have to play in RNG mode only! This superb variant is available in live mode as well! Just visit any live casino that offers table games and pick a French variant in the live lobby. 32Red casino has a great hall where you can play this game in real-time.

Although, if you are unsure about the rules and wish to try out the game a bit more before playing for real cash, we suggest trying free games first. Free play is excellent both for practice as well as a degustation. We recommend Bao Casino as a go-to option as it offers multiple demo versions of French roulette online free.

We hope you found this article helpful. As you have seen, the French version is a top choice for any punter interested in this game type. However, not many punters are familiar with it. But now that you know everything there is to know about it, including French Roulette RTP, how to play it, and where to play it, you are ready for a premium adventure!

If you have any questions or anything to add, please don’t hesitate to reach out via comments below. Also, feel free to stop by our game database to find the best French roulette tables online.