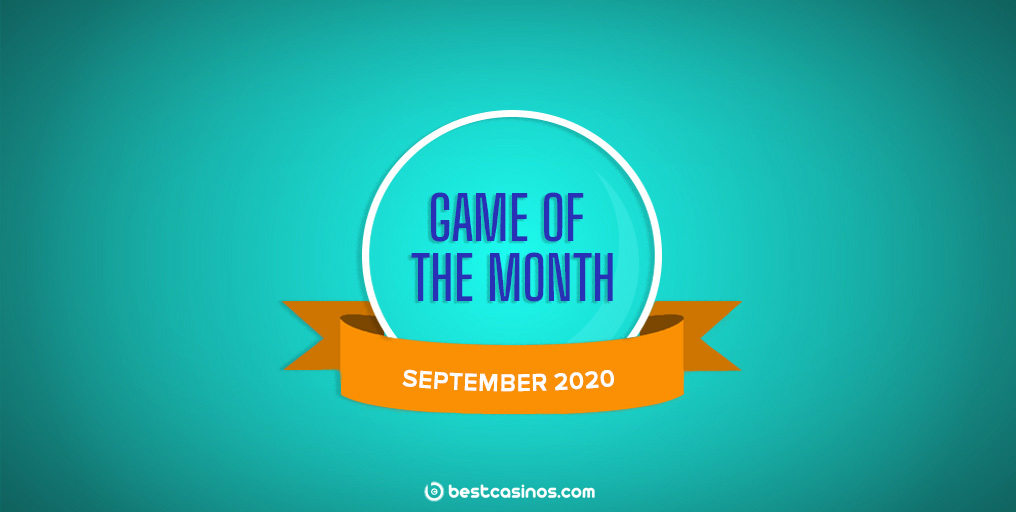 BestCasinos.com Game of the Month: Valley of the Gods 2 Declared the Best Slot Game in September 2020

Slots come out every day, and it’s hard to keep up with all the latest slot releases. Not only that, but we had our hands full with September slot releases – dozens of new games came out in just four weeks.

But Best Casinos team was thorough and busy, and we finally picked the best game that launched in September. Valley of the Gods 2, the latest Yggdrasil Gaming slot, is officially Best Casinos game of the month!

The Valley of the Gods 2 Game Offer

If you are somehow unfamiliar with our slot casino game of the month, we’ll give you a proper introduction.

This slot uses a stellar pyramid-like layout with 6 reels and 3-8 rows. Left to right, the first reel has 3 rows, and each subsequent reel expands by 1 row.

When you enter the game, you will immediately notice the blockers with scarab beetles painted on top. Blockers on the grid represent hidden symbols which you unlock with winning sequences.

The entire point of the game lies in removing the blockers so that you could activate the game’s special features.

Valley of the Gods 2 slot’s amazing engine and tech behind the scenes power up to 20,160 ways to win. This, in turn, affects the payouts – you can win up to 5,481x the stake by playing Valley of the Gods 2 sequel. With such a potential, we would not be surprised if you expected highly volatile gameplay with an unsatisfying RTP. But this is Yggdrasil Gaming we are talking about – and Yggdrasil never disappoints. Valley of the Gods 2 has 96% RTP and medium volatility.

If you want to learn more about the game, you can check out our interviews with Marcin Gorka and Krzysztof Opałka from Yggdrasil Gaming. They both gave us precious insights into the creative processes behind making this game which you’ll surely enjoy.

Special Features Inside the Magnificent Slot

Every slot game has its main attractions which we call game features. In this remarkable sequel, Yggdrasil decided to step away from usual boosters and modifiers. Instead, we get to play with charming features that we already met in the original video slot.

Valley of the Gods 2 special game features are Extra Lives, Win Multipliers, and Wild Reels. Respins help activate every modifier and keep the players entertained so Free Spins are not necessary at all.

Respins are the core feature which helps you build momentum and hopefully trigger bigger wins.

Grab on Extra Lives, Win Multipliers which boost your payout, or strike an entire reel full of Wilds – all that with Respins! Scarab beetles, a traditional Egyptian symbol, helps you reach immense riches within the features.

Why We Chose This Game as Our Top September Slot

We will be honest – choosing one game as the best slot game release was tough. Very, very tough! We had so many great slots this month, as well as several live game shows and table games.

Nevertheless, we powered through and finally reached a decision. Our entire team heartily agrees that Valley of the Gods 2 is, hands down, the best game to come out this September. Here is why.

The list goes on, and we have even more reasons to add in favour of this game. Try it out, and we are sure you will find other benefits to add as well.

The chosen game is a superb choice, but that doesn’t make it any less of a challenge for us. We had a tough time deciding which one is the best. And here are the runners-up that are more than worthy of mentioning:

Give them a try if you want to try out splendid September game releases!

Recommended Casino for Playing Our Game of the Month

As a way to wrap up this recounting of the story of how we chose our game of the month, we’ll give you a casino recommendation to play it.

Ladies and gents, Kaboo Casino is our top choice for playing any Yggdrasil Gaming slots, not just Valley of the Gods 2.

Visit the casino if you want to see for yourself why is Valley of the Gods 2 so great that we named it our best slot game in September 2020.

Play Valley of the Gods 2 at Kaboo Casino!